14 Kid-Invented Products We Can’t Get Enough Of

Who runs the world? Kids! When it comes to innovative and creative ideas, the younger generation is changing the world like never before. From clothing that detects cancer to creating chemical-free products for people of all ages, our future is bright with these kids-invented products. Keep reading to see our faves.

When eight-year-old Summer Soleil's dad got sick with Covid-19 on Easter Sunday, the whole family had to quarantine on separate floors of the family home. Everyone would need to wear face coverings 24/7, and no one wanted to wear uncomfortable face masks the whole time. So Summer set out to solve the problem, coming up with the idea of a face shield. Together with a nurse who was treating Covid patients, the duo designed a shield from the perspective of a medical professional. The result is over 20 amazing designs that includes emojis, animal prints and more that make wearing them fun. 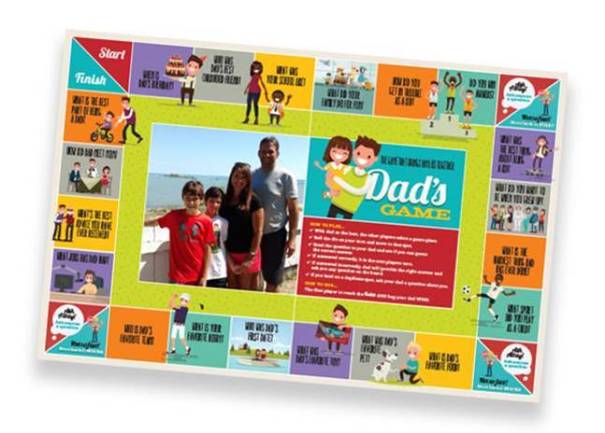 The Gift that Keeps on Giving: Dad's Game

Owen Larkins was 12-years-old when he wanted to give his dad the ultimate birthday gift. Wanting to give something that was unique, but inspire his dad to share memories, Owen developed Dad's Game. With the help of his brother and mom, he created a game concept and board packed with questions. After his dad fell in love with the game, he and Owen went on to create Dad's Game, a personalized game that allows families to create one-of-a-kind gifts with their own photos and questions!

You can order your own version at dadsgame.com. 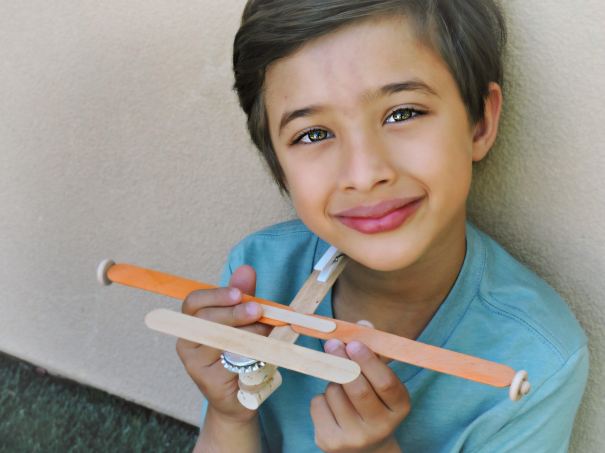 The Craft Plane That Gives Back

Nicholas' mom wanted him to do something constructive during the coronavirus pandemic––so he started a business! The six-year-old used his love of making craft planes and started Creations by Nicholas, where he now sells planes and kits. Not only does the entrepreneur love sharing his passion for crafting, but he's also giving back. His Kits for Kids program gives free plane kits to children of first responders and one dollar from sale goes to the Triple Heart Foundation, which helps NICU's all over the United States. 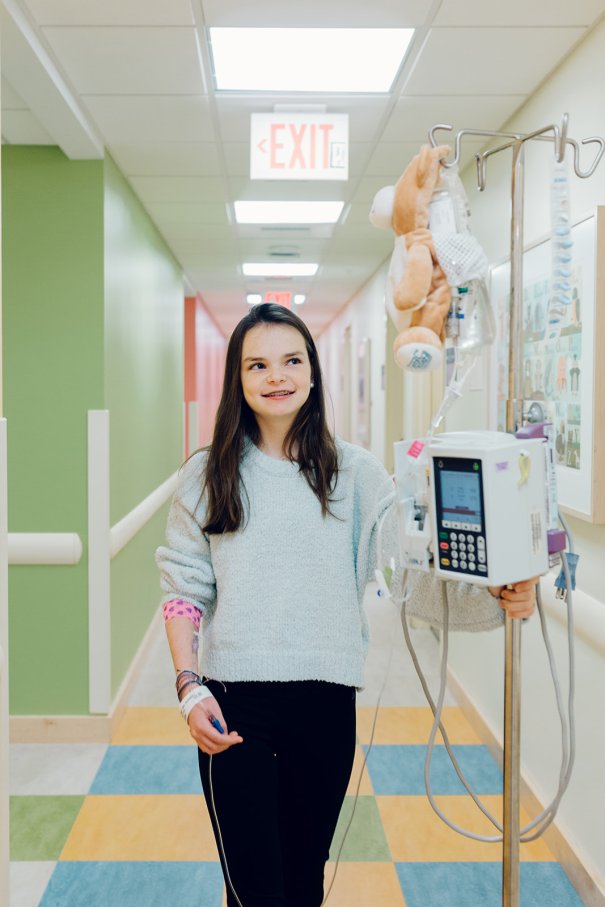 Ella Casano was diagnosed with Idiopathic Thrombocytopenia Purpura, or ITP, when she was seven-years-old. ITP causes the body to destroy platelets in the blood. No stranger to IVs, Casano understand the fear and intimidation young patients often feel around these bags. The teddy bear bag covers cleverly camouflage the bags, while still making it possible for parents and medical staff to see the medication or blood products inside (each Medi Teddy has a mesh back). Casano and her family started a Meddy Tedi GoFundMe fundraiser last summer to raise money for the first order of 500 bears. Instead of directly selling all the products, Casano decided to donate the teddy bear bag covers to children in need. 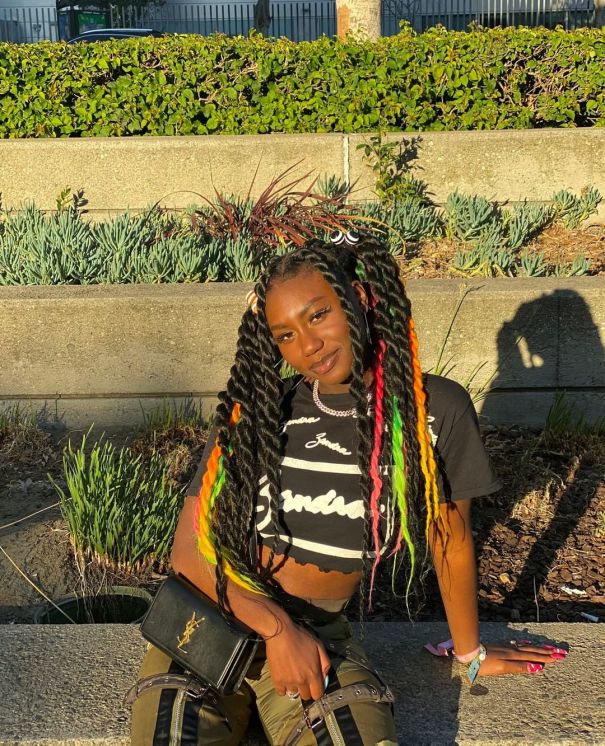 After launching her cruelty-free beauty brand at the tender age of nine, Zandra Cunningham focused her efforts on selling her products at a local farmer’s market. Fast forward to 2019 and the teen is not only leading the green beauty initiative, but she is encouraging teen girls to pursue their interests in STEAM (science, technology, engineering, art, and math) through the brand’s “Science Behind It” program. Zandra Beauty is all about chemical and cruelty-free, vegan, plant-based products, and currently sells over 50 skincare products, including deodorant, body wash, and artisan soap bars. 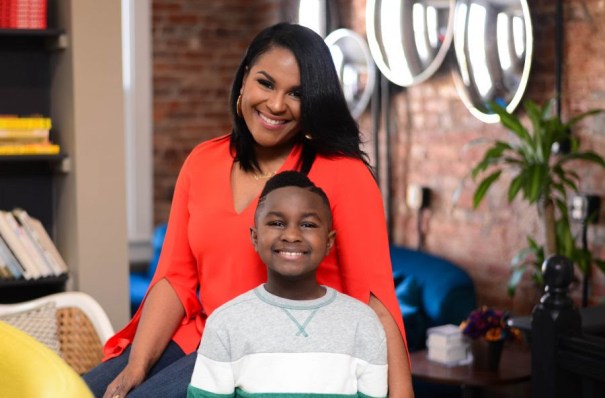 The Chemical-Free Deodorant for Kids

When her six-year-old Kameron came home from summer camp smelling like a grown man, mom Chantel got to work developing an all-natural hygiene option. Together, the two of them crafted Play Pits, a kid-friendly deodorant for children with that is free of harsh chemicals, parabens, aluminum, parabens, and synthetic fragrances. The all-natural product is made for kids but strong enough for adults, and comes in three delightful fragrances that keep kids smelling like kids (without the stinky part).

Alaina Gassler took home the $25,000 prize at the Society for Science and the Public’s Broadcom MASTERS (Math, Applied Science, Technology and Engineering for Rising Stars) science and engineering competition with her revolutionary design that could change car safety. Gassler designed a camera that will project on to a car’s A-frame pillar, an area known to cause blind spots for drivers all too frequently. The 8th grader’s project isn’t done yet, either. Phase two involves LCD monitors that will allow the brightness to change, making the projections even more helpful during different times of the day and in unique weather conditions. Now that Gassler is $25,000 richer, those changes can now become a reality. 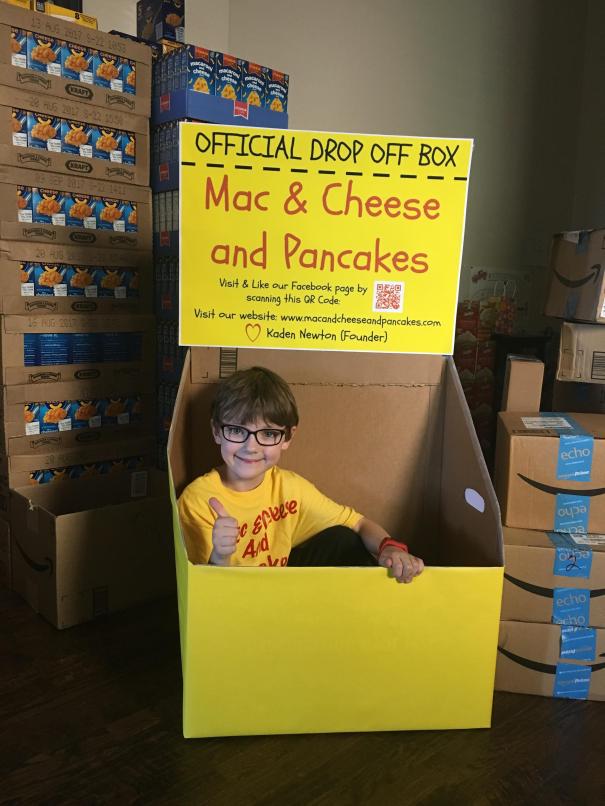 The Kid’s Charity That Feeds Kids

Entrepreneurial spirit can strike anyone, at any time, no matter their age. At just seven-years-old, first grader Kaden Newton already started his own charity organization in early 2017: Mac & Cheese and Pancakes. And he has collected well over 24,000 “kid-friendly” and “kid-approved” food items, like (you guessed it) Mac & Cheese. That’s nearly 28,000 pounds of food collected in two months time. He’s received items from Egypt, Puerto Rico and almost every state via his Amazon Wishlist. Read more about it here. 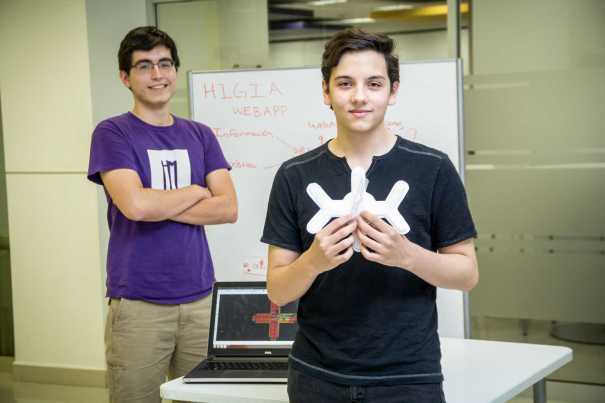 The Bra That Detects Cancer

Many women have a love/ hate relationship with their bras, but there’s nothing to hate about a bra that could help its wearer discover signs of breast cancer. An 18 year-old student from Mexico has designed a bra that can do exactly that, after being inspired by his own mom’s battle with breast cancer. Julian Rios Cantu invented the EVA, which can detect breast cancer. The young entrepreneur runs his own company, Higia Technologies, and built the bra to primarily help women who are genetically predisposed to cancer. The bra is equipped with about 200 biosensors, which can map the surface of the breast and then detect changes in shape, weight, and temperature. The data can then be sent to a computer or mobile app for analysis. The idea is to replace self-diagnosis, which isn’t always effective. 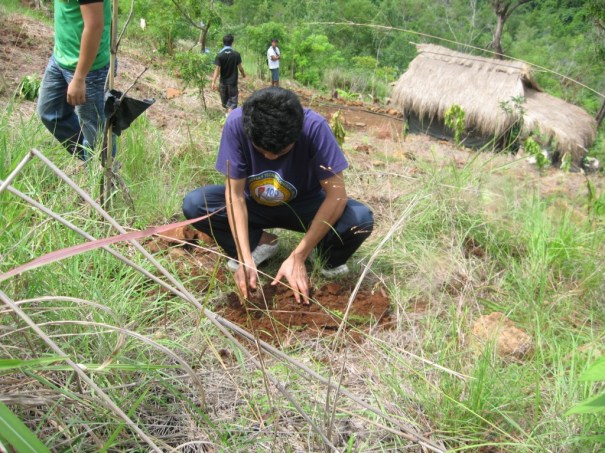 The Kid Who Planted One Million Trees (Make That One Trillion)

When he was just nine-years-old Felix Finkbeiner had a goal: to plant one million trees in his home country of Germany. He was in the fourth grade. He started with just one tree, in front of his own school. His campaign quickly went viral and gained media international media coverage.  He was soon invited to speak to the European Parliment and attend UN conferneces. He reached his goal of planting one-million trees in German in 2011, at the age of 13. But he was not done. To date, Finkbeiner is 19. He founded Plant-for-the-Planet and his organization, together with the UN’s Billion Tree campaign, has planted over 14 billion trees in more than 130 countries. So he’s got a bigger goal: one trillion trees. Plant-for-the-Planet has trained over 55,000 “ambassador” who are trained in workshops on how to become climate activists in their own home town. Most of his trainees are between the ages of 9 and 12! 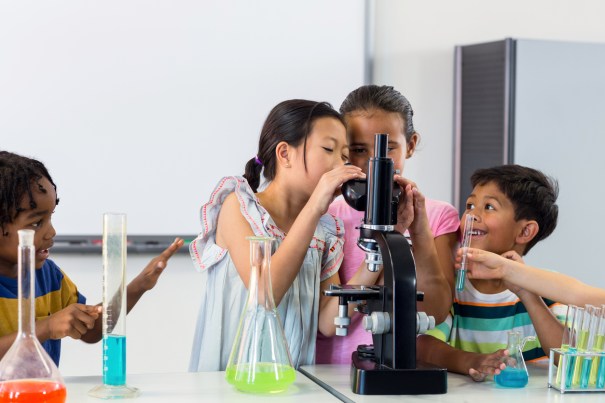 The Science Subscription Box Created by an Eight-Year-Old

Created by an eight-year-old, Angeleno Max (now nine) invented this monthly subscription kit to entice kids ages 5-10 to develop a love of all things science. Each kit revolves around a storyline starring Max and his younger sister Grace. They discover their grandfather’s secret time machine and use it to travel back and meet famous scientists and inventors, like Thomas Edison or the Wright Brothers, who will help them solve a science related mystery. The stories are inspired by The Magic Treehouse series, explains Max’s mom, Jacki, who helps Max run his start-up company and bring to life all his amazing story ideas and experiments. 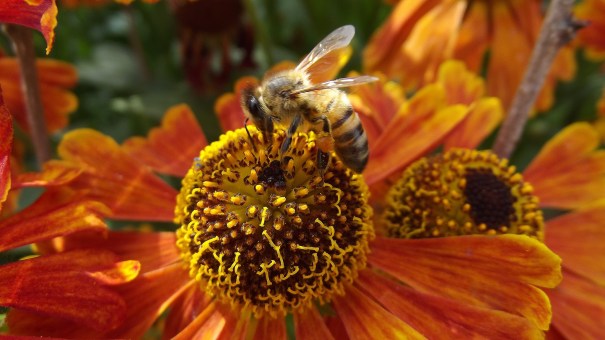 The Girl Who Is Saving Bees

By age 11, Mikalia Ulmer has done more than many adults have in their lifetime. She’s an entrepreneur, protector of the honey bee, educator and student. She is the founder of Me & the Bees Lemonade, a company that uses her grandmother’s special recipe for lemonade with flaxseed and honey. She started selling her special lemonade recipe at kids’ entrepreneurial events and on roadside stands, and later won a deal on “Shark Tank.” Mikalia sells Me & the Bees Lemonade at Whole Foods Market and several food trucks and restaurants. She also gave the introduction of President Obama at a United State of Women forum. But her drive goes beyond making a profit. She donates a percentage of the profits from the sales to local and international organizations fighting to save the honeybees. 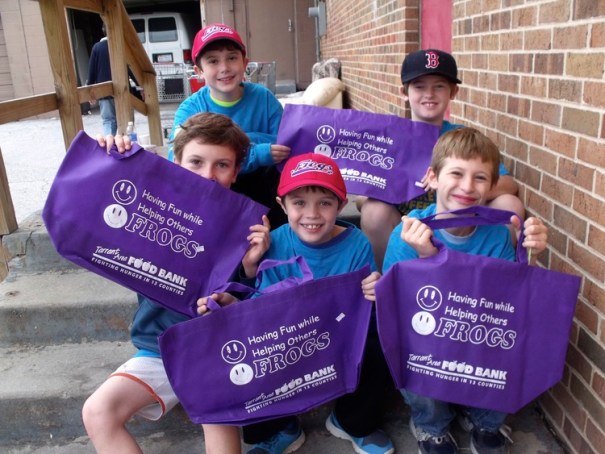 The Boy Who Can Feed a Nation

When Will Lourcey was seven-years-old, he saw a homeless man holding a sign that read “need a meal.” When Will’s parents explained to him that there are so many people in the world who don’t have food to eat, this Ft. Worth kiddo decided to “be a doer, not a watcher” from that moment on. He wanted to make a difference, so Will gathered some friend, made a plan, and he started FROGs (Friends Reaching Our Goals, Inc.). This kid-run organization sets out to inspire and mobilize other others to make positive change. As a result, Will and FROGs has provided more than 500,000 meals for the hungry through local food banks and FROGs Dinner Club. They’ve helped pack 80,000 backpacks with food through Backpacks for Kids, and served more than 10,000 families through the Mobile Food Pantry. 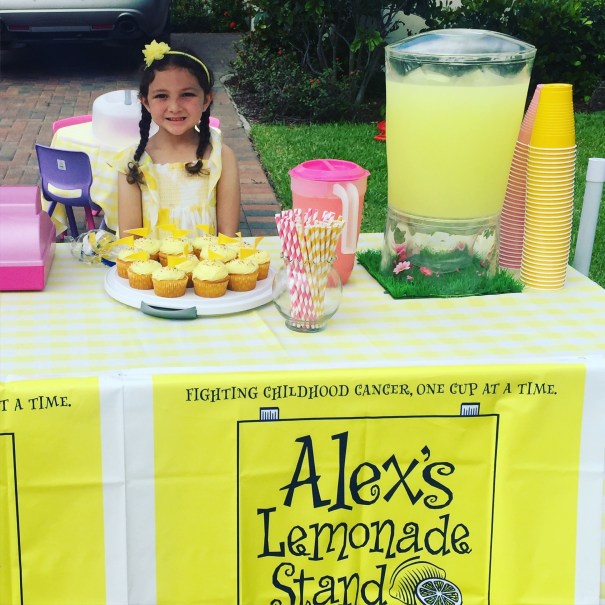 The Lemonade Stand By Kids, For Kids

What kiddo doesn’t want to set up a lemonade stand? Teach your little ones a humanitarian lesson by encouraging them to donate proceeds from their summer stand through Alex’s Lemonade Stand Foundation and fight childhood cancer “one cup at a time.” The foundation was started by Alexandra “Alex” Scott who was battling cancer and vowed to raise money to fight the illness. By the time Alex died in 2004, she raised $1 million and has inspired kids across the country to sell lemonade for a great cause. Alex’s Lemonade Stand Foundation makes it easy to get started. All you need to do is register your lemonade stand’s location, date and time. You’ll receive a free fundraising kit in the mail and a personal fundraising coach to assist you with any questions.