TV shows like Friends, Sex And The City and Modern Family have made household names of their cast members the world over – but when it comes to casting, things could have looked very different for many shows in their infancy.

For example, did you know a Desperate Housewife was originally in line for a lead role in Will & Grace? Or that a future Oscar winner had originally set her sights on a main role in Gossip Girl?

Here are 16 A-list actors who came close to playing iconic TV characters we grew to know and love... 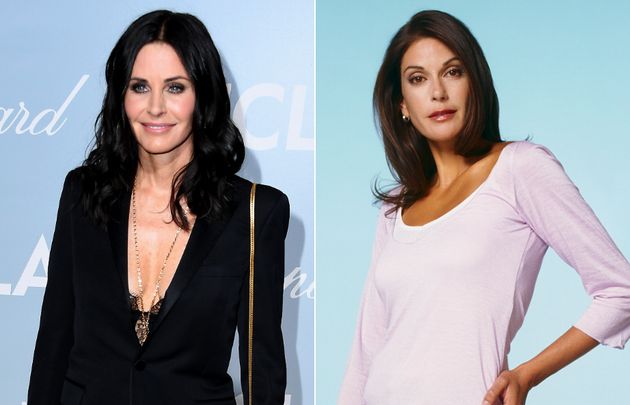 Almost 20 years since Friends came to an end, Monica Geller is definitely still the role Courteney Cox is most synonymous with, and thanks to the recent reunion, the show remains hugely prevalent in pop culture.

However, there was another famous role that could have been Courteney’s.

Apparently, Susan Mayer in Desperate Housewives was offered to her, but she was unable to commit due to being pregnant at the time. Eventually, the role went to Teri Hatcher, who later joked she was “maybe on a B-list, certainly not an A-list” for the part. 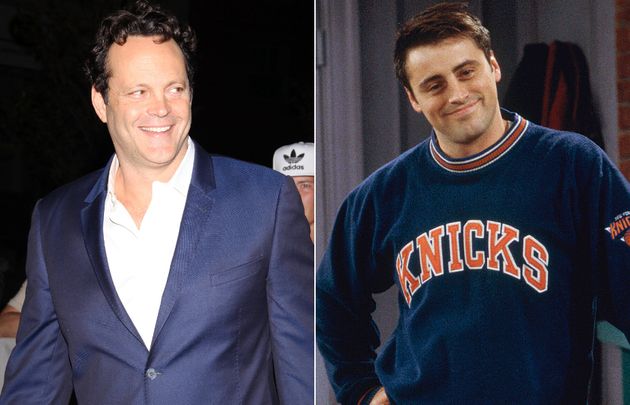 It’s hard to imagine anyone but the central six in the lead roles of Friends, but plenty of stars have revealed they came close to bagging a leading part in the show before the line-up the world came to fall in love with.

Among them, apparently, was Vince Vaughn, who casting director Ellie Kanner remembers as being “handsome and tall” when he came in to audition for the part of Joey Tribbiani.

Of course, he didn’t end up getting the part, but if he did, he’d have crossed paths with Jennifer Aniston over a decade before they eventually started dating. 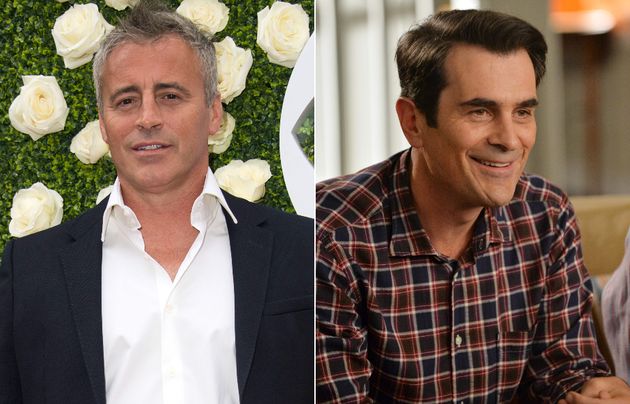 And while we’re on the subject of Joey from Friends, Matt LeBlanc was also considered for a role in another hugely popular TV sitcom five years after the show that made him an international star went off the air.

Matt was apparently offered the role of Phil Dunphy in the Modern Family pilot, but turned it down as he simply felt he was “not the guy for this”.

“Plus, I’m having too much fun laying on the couch,” he joked.

Instead, Ty Burrell would play the Dunphy dad for 11 series, until the show eventually came to an end in 2020. 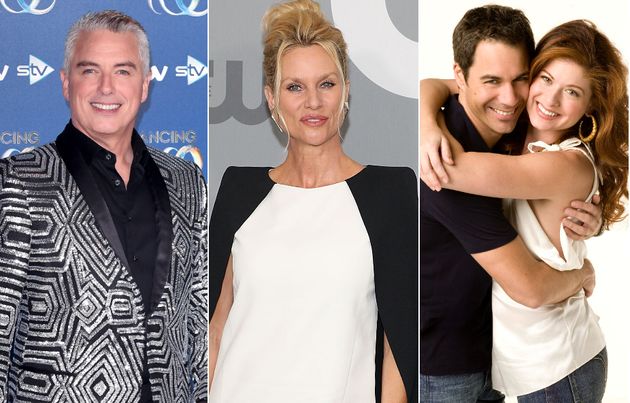 Will & Grace creator Max Mutchnik previously revealed that before Debra Messing was cast in the show’s lead role, Nicollette Sheridan (otherwise known as Edie Britt in Desperate Housewives) came in to read for the part, but apparently didn’t bring what producers were looking for.

Years later, Nicollette made a guest appearance in an episode of Will & Grace, playing a love rival of the character she originally auditioned for.

Meanwhile, John Barrowman has claimed in the past he lost out on the role of Will Truman as bosses felt he was playing the role “too straight”. It would, of course, eventually go to straight actor, Eric McCormack. 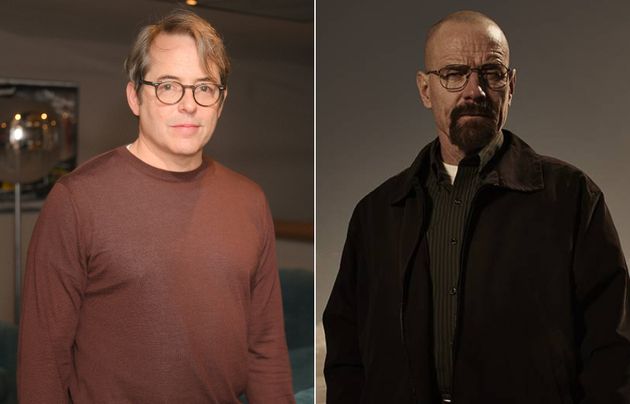 Walter White would certainly have been a change of approach for Matthew Broderick, best known for roles in the likes of Ferris Bueller’s Day Off, The Producers and The Lion King.

Breaking Bad creator Vince Gilligan had his heart set on Bryan Cranston for the lead role, though, and it was clearly a smart move, with the star receiving three Emmys for his performance in the hit drama. 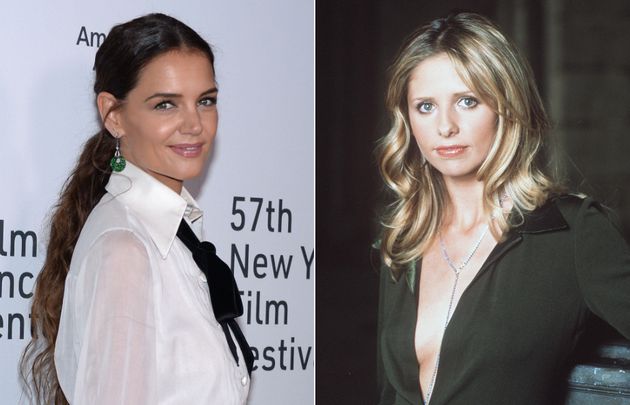 Before Sarah Michelle Gellar was cast as the world’s most iconic vampire slayer, Katie Holmes was offered the lead role, but turned it down so she could finish high school.

Not long after that, Dawson’s Creek came her way, in which she played Joey Potter for five seasons.

Buffy isn’t the only iconic lead character that Katie came close to, though, as she was apparently also in consideration for Piper Chapman in Netflix’s Orange Is The New Black. 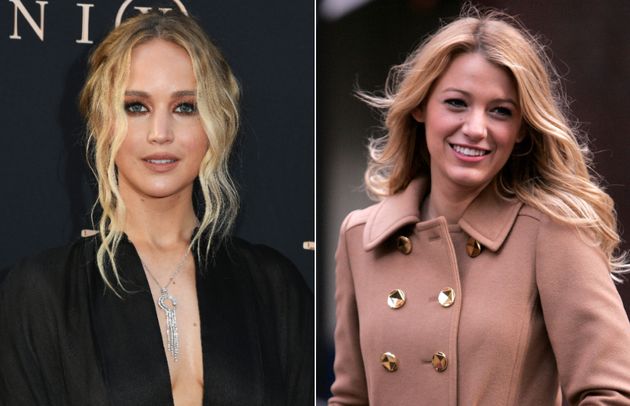 Another star who missed out on an iconic TV role due to their young age is Jennifer Lawrence.

She auditioned for the lead part of Serena in Gossip Girl, and apparently had her heart set on it, only to be rebuffed, with the part eventually being given to Blake Lively.

Still, four Oscar nominations (including one win!) later, it’s fair to say that J-Law did alright in the grand scheme of things. 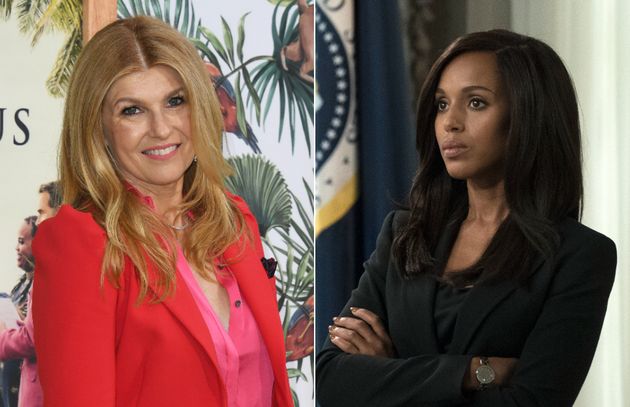 Casting director Linda Lowy recalled to The Hollywood Reporter that long before Scandal arrived on our screens, the network presented the team with a long list of actors they’d want for the lead role of Olivia Pope.

Apparently, the list was entirely made up of white performers, with Connie Britton’s name coming out on top.

However, creator Shonda Rhimes (who has since had huge success with Bridgerton and How To Get Away With Murder) had always envisaged the character as Black, with Kerry Washington eventually making TV history in the role. 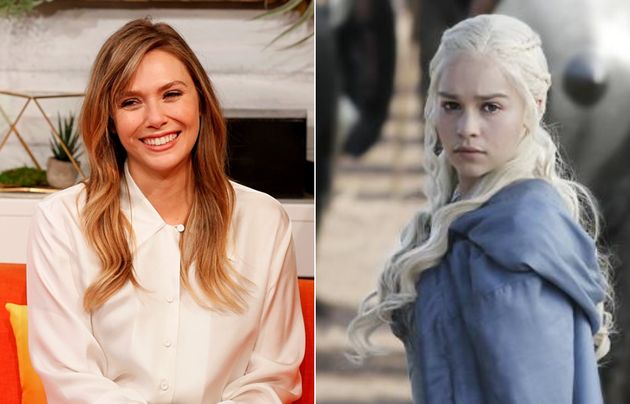 A decade before she’d be capturing the world’s attention in the lead role of WandaVision, Elizabeth Olsen had set her sights on a very different cult show.

She auditioned for the part of Daenerys Targaryen in Game Of Thrones, but has since admitted she did an “awful” job, which would explain why she never even managed to get a callback.

The story of Emilia Clarke getting the part doesn’t quite end there, though.

You see, British actor Tamzin Merchant was actually cast as the Mother of Dragons first, and even filmed the show’s pilot, before she was swapped out for Emilia. 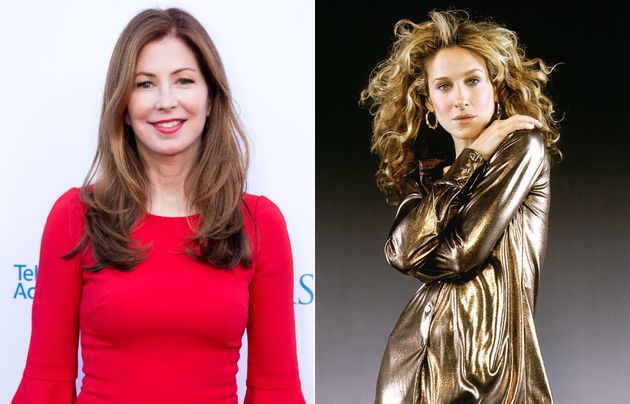 Love the character or hate her, Sarah Jessica Parker did an amazing job of bringing Carrie Bradshaw to life – so it might surprise you to hear that she wasn’t first pick for the part of the shoe-loving sex columnist.

In fact, Dana Delany of Desperate Housewives fame turned it down first, claiming the show was a little too similar to a past project she’d worked on with Kim Cattrall years earlier.

Eventually, Dana ended up playing Katherine Mayfair in Desperate Housewives – but prior to that she also turned down the role of Bree Van De Kamp on three occasions before the part went to Marcia Cross. 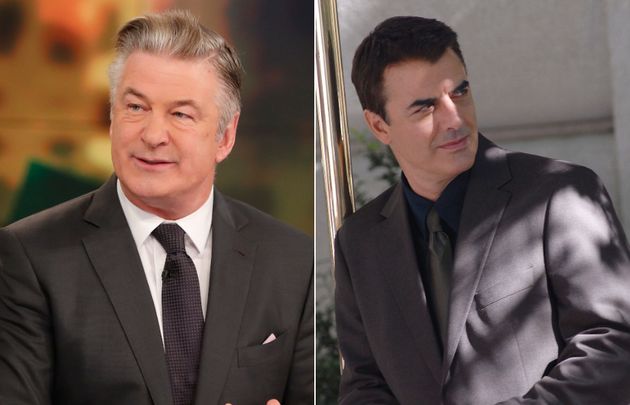 But Carrie isn’t the only Sex And The City character who almost ended up being taken down a very different route.

However, when Chris ended up being cast, he apparently brought a lot of himself to the character, making him the smooth-talking businessman Sex And The City fans are still divided about even today. 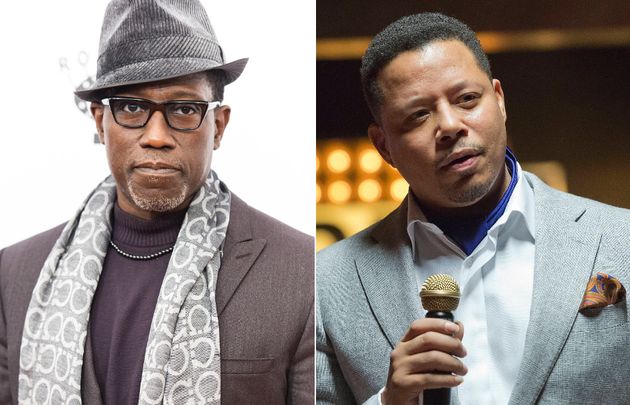 Wesley Snipes was originally top of producers’ wishlists to play the lead in the music industry drama Empire, but was apparently put off by the hefty schedule, as he wanted to have the freedom to still appear in films in addition to the TV project.

According to showrunner Lee Daniels, it was Taraji P Henson who wanted Terrence Howard for the part, having previously worked with him on Hustle & Flow. 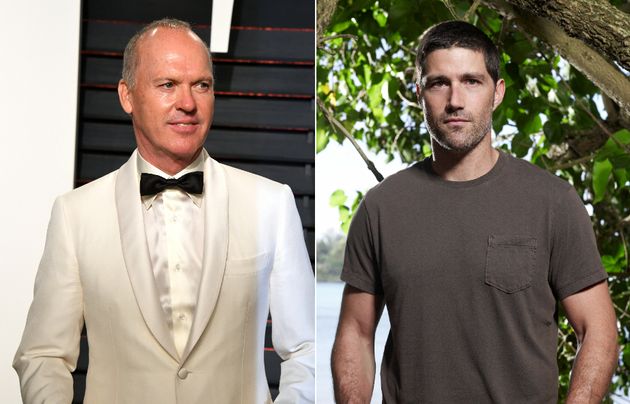 Michael Keaton was originally approached by J.J. Abrams when Lost was in its infancy about playing Jack Shephard in the twisting drama.

At the time, the plan was that Jack would take centre stage in the series premiere, only to be killed off in the episode’s final minutes, which apparently appealed to the Batman star.

However, when it was decided that the character would, in fact, be at the centre of the action for the entire series, Michael admitted to The Hollywood Reporter that the offer lost its appeal. 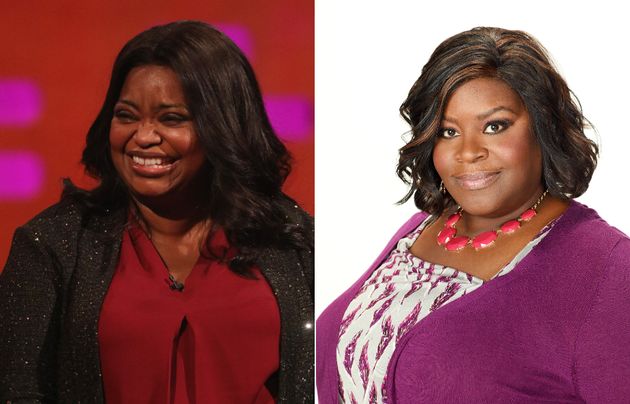 Back when she was still best known for bit parts in shows like Ugly Betty, Octavia Spencer auditioned to play Donna in the US comedy Parks & Recreation.

Obviously, she didn’t end up being cast, but within a few short years she’d won an Oscar for her role in The Help, and received nominations for roles in critically acclaimed films like Hidden Figures and The Shape Of Water. 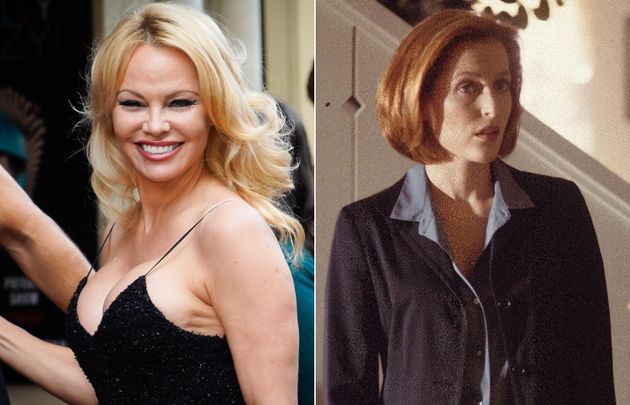 OK, this is one we’ve most struggled to get our heads around.

The story goes that before The X Files first arrived on the scene, network bosses at Fox wanted Pamela Anderson for the role of Dana Scully, as she was still riding high off the success of Baywatch.

While we can’t quite imagine Pammie as Agent Scully, it’s fun to consider a world where she also ended up being the one to play Margaret Thatcher in The Crown, isn’t it? 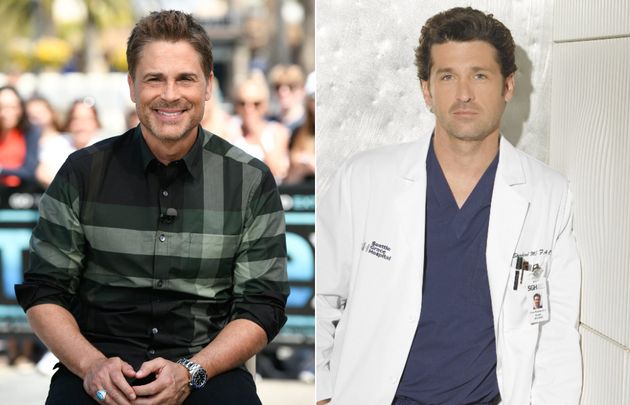 On the other hand, this is one we can definitely see.

Rob Lowe was actually offered the role of McDreamy in Shonda Rhimes’ medical drama, which was definitely to the advantage of Patrick Dempsey, who has gone on to have huge success in both the big and small screen.

“Had I done Grey’s, I wouldn’t have been in Parks and Recreation. That alone for me is enough.”