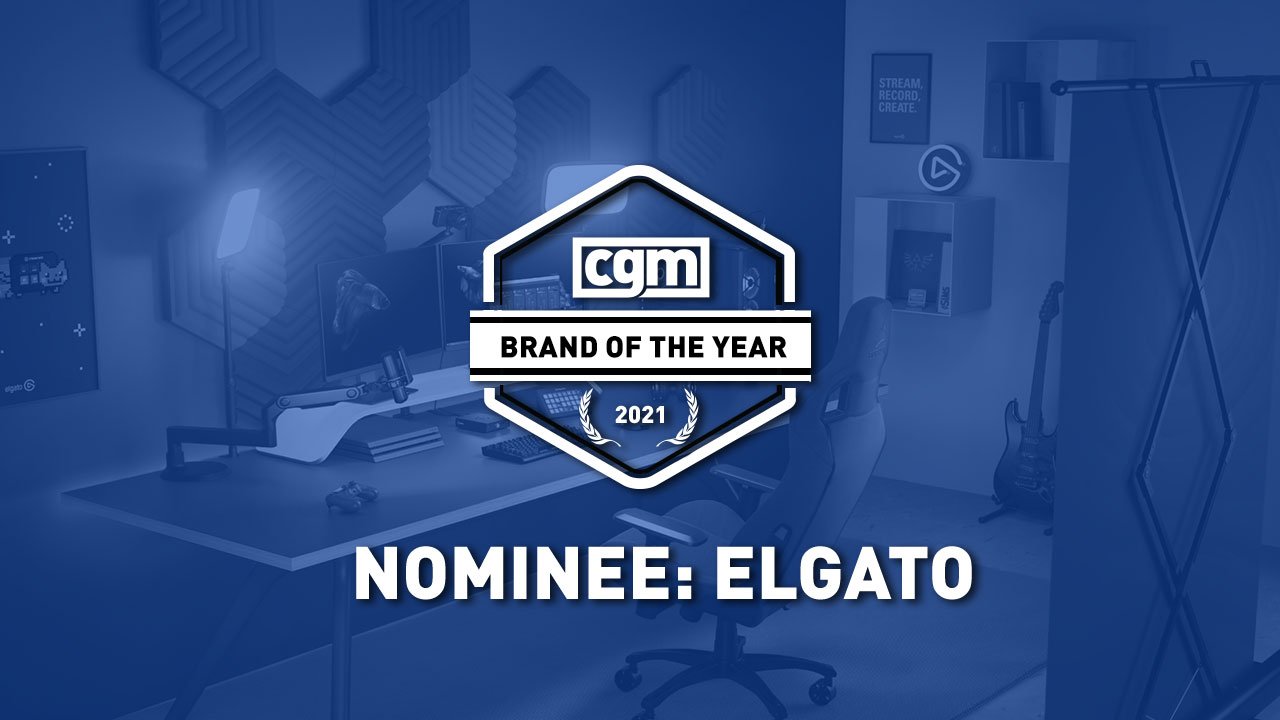 One good sign in a brand is when you hear their name, your mind is immediately connected to their product. What makes a brand great is when you mention a type of product, and their name is the first thing to pop into your head. When it comes to content creation (streaming in particular), there is one name that is synonymous with the industry. That’s Elgato.

The maker of microphones, capture devices, control devices (the Stream Deck), lighting, green screens and mounting equipment have been such a hit in the industry that it is likely that every streamer has at least one of their products. I, personally, own four…so far.

Their Camlink made the dream of escaping the low quality webcam a more affordable possibility. Their external capture devices allowed streamers to introduce their consoles to the stream when budget or space limitations in the PC prevented you from doing so before. Their microphones were great, yet overshadowed by their Wavelink software, which no company has come close to competing with in the year of its existence.

The Wavelink instantly became the premiere audio software for streaming which, by default, made the Wave 1 and Wave 3 microphones among the most popular on the market. It allows the streamer not only to mix up to nine sources (including music, chat, browser, game,  effects, system and auxiliary sources that can be assigned via the PC), but you can submix them, changing what can be sent to your headphones and what can be sent to the stream.

Also introduced this year were several new lights to add to their arsenal, which already included the Key Light. They added the smaller Key Light Air, a ring light that allows you to mount a camera for nice, even lighting (see any makeup tutorial video for what I mean) and the flicker-free light strip, which cleans up the aesthetic of a background. I have Philips Hue Lights and I can tell you from experience, that the flicker struggle is real.

They made their first foray into the camera game this year with Epoccam, a software that allowed you to turn your own phone into a better webcam than any available at the time. Any iPhone could connect to OBS over Wi-Fi to add a quality look to your stream at a much more affordable price than a mirrorless camera.

Elgato once made a joke about making a green screen mouse pad…Then they did it this past March. The mouse pad is available in their green screen section and is for the streamer with a top-down camera. It allows you to key out the pad and minimize the amount of gameplay that shot may cover up.

Also released in March was the Wave Panels, sound dampening wall panels that are equal parts fashion and function. The panels are modular and allow you to configure them in a number of patterns while interlocking to ensure they are laid out nicely.

For fans of the Camlink, they released an internal capture card called the Camlink Pro, which allows you to connect four cameras to the card, and you can configure them to appear on stream any way you wish.

“The above products would be more than enough to count as a successful year for a tech company like Elgato, but they were not finished yet. “

The above products would be more than enough to count as a successful year for a tech company like Elgato, but they were not finished yet. Because when July 15 came around, they premiered a video on YouTube, in which they announced another nine new products.

First up was their first webcam, the Elgato Facecam. Early reviews that have come online since the announcement have been phenomenal. With a large Sony sensor, uncompressed, no-latency video and unrivalled control software, this camera has made a huge splash already and, from first looks, appears to be the webcam to beat.

The next item was my dream journal coming to life.  I love the Wavelink Software, but prefer the sound of my voice coming from my XLR microphones. Enter Elgato with the Wave XLR. This audio control device allows you to plug in a single XLR mic and connect it to the Wavelink software. The hardware itself gives you all the controls built into the Elgato microphones, including capacitive mute and control of the gain, headphone volume and mix that you hear in your headphones.

To help set up your stream, Elgato introduced two mic arms. One is a standard shape and the other is low profile, allowing you to pass the arm under your monitors from the back of the desk. Both arms allow you to hide your mic cables inside them with removable magnetic covers. Also introduced was a wall mount, allowing you to mount any device with the right threads (Camera, light, etc) directly on the short arm attached to the wall.

Updates to some more early products came along, including blue wave panels to add to their original black colour for more customization of the look in your room. They also released an extension for their original light strip, allowing you to extend the strip an additional 2 metres.

Finally, what is arguably their most popular item, the Elgato Stream Deck, has been given a facelift with the Stream Deck Mk II. The hardware has received some updates that were high on the wishlist of fans of the product. Their cable is now a separate USB-C to USB-A cable and their less than stellar plastic stand has been replaced with the more robust magnetic stand that comes standard with the Stream Deck XL and Mini.

The Stream Deck software has also been given an update and version 5.0 has launched, allowing for more integration with all the devices above and many other products and software. Turn on your key lights, set the volume of a source in the Wavelink Software, record to the 4K capture software with the press of a button and so much more.

Both the Wave XLR and the Stream Deck Mk. II can now be fitted with custom face plates to add a little more flare to your desk as well.

To add to all of this, Elgato’s parent company, Corsair, is currently hosting Corsair for Kids, a charity fundraiser benefiting Save the Children. The event, taking place until July 30, is a series of gaming streams and activities to raise funds for the charity, with Corsair matching up to the first $50,000 raised.

So why should Elgato be CGM’s Brand of the Year? No other brand thinks about the needs of their customers more than them. With their newest products, they are about to take the lead in every market related to the streamer. Audio, Video, Control, Capturing and Decor—Elgato has become the one-stop shop for the streamer.