He once led the Utes to a Sweet 16 appearance. Here is what Ray Giacoletti is doing as he closes in on retirement. 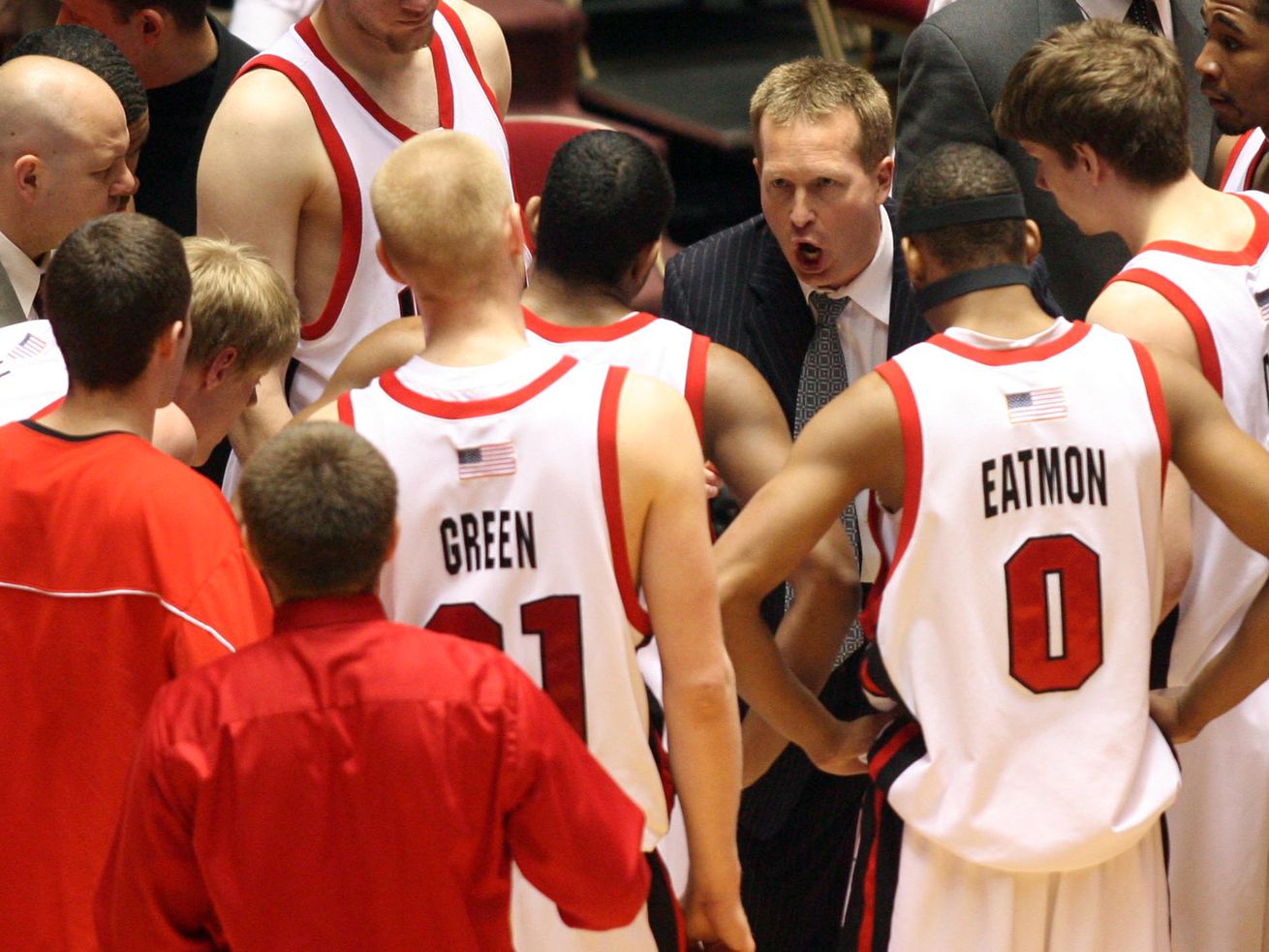 Ray Giacoletti, who had the challenge of following Rick Majerus’ big shadow, has carved out a nice career after his short time in Utah.

SALT LAKE CITY — Ray Giacoletti had one of the hardest jobs there is in sports — being the next coach following a legendary coach.

He’s part of an ignominious group that includes the likes of Phil Bengston, Gene Bartow and Bill Guthridge. They are the coaches who followed legends Vince Lombardi, John Wooden and Dean Smith, respectively. None lasted more than three years and are largely forgotten, not living up to the high expectations set by their predecessors.

Giacoletti was the guy who had to follow Utah basketball coach Rick Majerus, who turned the Utes into a national basketball power, winning 77.3% of his games, 10 league titles and taking his team to the NCAA championship game in 1998 during his 15-year tenure. Like the aforementioned coaches, Giacoletti didn’t last past three years after replacing a legendary coach.

“I have great memories. It was quick. Winning the conference championship in ’05 and having the privilege to coach the best player in college basketball, Andrew Bogut — I have no ill will at all. I just wish it would have ended better.” — Ray Giacoletti, on his time at Utah

When we caught up with Giacoletti last month, he was in Florida on vacation with his wife, scouting out possible places for their retirement after he retires as a basketball coach in the next few years.

He produced one of Utah’s finest basketball seasons ever, after replacing Majerus — a Sweet 16 appearance behind NCAA Player of the Year Andrew Bogut. However, he only lasted three years at the U., being let go after two losing seasons.

Giacoletti said he never felt much pressure over the challenge of having to follow in the footsteps of a highly successful coach like Majerus.

“I didn’t feel that,” he said. “I was either naive or dumb. I didn’t really think about that, things happened so quick. I got on a plane a week after taking the job and went to Australia for 24 hours to have dinner with Andrew Bogut’s mom and dad, then tried to get Marc Jackson to come back after being away a year. I don’t think I really had a chance to think about any of that, it was just the task at hand.”

He had taken over at Utah after successful stints at North Dakota State and Eastern Washington, where he had seven straight winning seasons. He was hired at Utah after Majerus resigned at the midpoint of the 2003-04 season and was replaced by Kerry Rupp.

Giacoletti had a terrific first year, producing the second-most wins in school history (29) and taking the Utes to the Sweet 16 behind Bogut, the consensus player of the year. However, the success didn’t last, and after a pair of losing seasons of 14-15 and 11-19, he was let go by the U.

Giacoletti had brought in some young talent (Luke Nevill, Shaun Green, Kim Tillie) that later produced a Mountain West Conference championship for his successor, Jim Boylen. But Giacoletti felt like he wasn’t given enough of a chance to build a program.

“I have great memories,” he said of his time at Utah. “It was quick. Winning the conference championship in ’05 and having the privilege to coach the best player in college basketball, Andrew Bogut — I have no ill will at all. I just wish it would have ended better.”

“It took me a couple of years to work through that and get over it, but I think we had the right plan,” he said. “Those kids went on to finish strong their junior and senior years. It’s kind of blur, it went so fast. Looking back, there were some pretty good players that were freshmen and sophomores. If there was anything to change, I probably should have taken a transfer or junior college transfer, but instead we got high school kids.”

Since leaving Utah in 2007, he became Mark Few’s assistant at Gonzaga for six years before getting the head job at Drake, where he was let go after three losing seasons.

Nowadays, Giacoletti lives in St. Louis with his wife, Kim, where — get this — he is an assistant coach under Travis Ford at Saint Louis University, where Majerus coached for five years before his death in 2012.

“You know what, I can’t shake him,” Giacoletti said with a chuckle about the idea of following Majerus again. Although he never coached with Majerus, he knows plenty about his reputation from following him at two universities.

“He was a great coach, and he got Saint Louis basketball back on the map, but he wore his welcome out at the end,” Giacoletti said.

Giacoletti had moved to St. Louis a couple years ago so his wife could be near her ailing parents, and he spent a year as a broadcaster before joining Ford’s staff at Saint Louis. He said he had a lot of fun coaching this past year, but he’s not real keen on the state of college basketball these days with the way players are constantly changing schools.

“I don’t think it’s in very good shape at all,” he said. “It’s not the game we all got into 30 years ago to try to help young men become men. I don’t know what it is now, it’s changed drastically.”

Giacoletti isn’t happy with the current rules that allow players to go in the transfer portal and move so easily.

“All we’ve done is enabled this generation to quit,” he said. “If you’re at a lower level, I don’t know how you can be successful. As soon as (a player) is successful, somebody’s going to pilfer them off the campus and they’ll go elsewhere. I struggle to see how that’s going to help anybody with their lives.”

At age 58, Giacoletti says he won’t be coaching for too much longer.

“You try to make the best of your situation. I’m glad I’m at the end of my coaching career. I think it’s too far gone, that ship has sailed. You’ve got to find a plan to be successful in the environment we’re in. I don’t have the answer for that.”

He’s also stayed in touch with Bogut and is proud of his success over the years. “He owns part of the team in Australia and is now starting a family. He’s been awesome. He’s had a heck of a career that’s for sure.”

Even though things didn’t end well in Utah, Giacoletti remains positive about his time here.

“For a couple of years after, it haunted me a little bit,” he said. “But you’ve got to move on. I was very fortunate to be the head coach there and have that great memory in ’05. No hard feelings at all. All is good.”