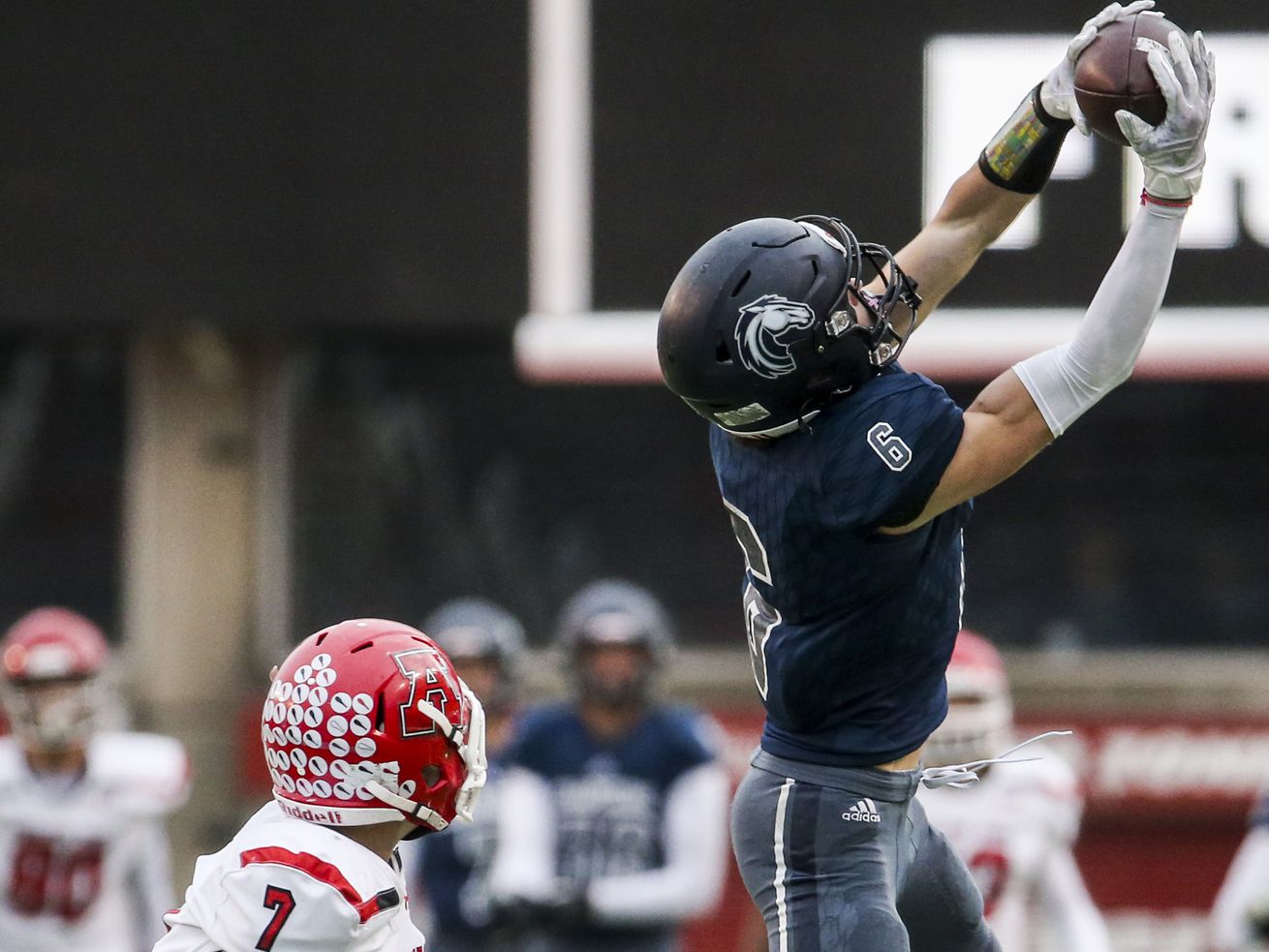 SALT LAKE CITY — In just over five weeks, the 2020 high school football season is scheduled to kick off with a full slate of endowment games across the state.

Despite the looming uncertainty created by COVID-19 — and the reality that the season may not go off without a hitch — the 107 teams around the state are preparing as if the season will begin on time Aug. 14.

When that time eventually does come around, defending state champions Corner Canyon (6A), Orem (5A), Sky View (4A), Morgan (3A) and Beaver (2A) will all be favored to repeat as they’ve each been tabbed preseason No. 1 in their respective classifications in the Deseret News annual coaches preseason rankings.

Preseason hype is no guarantee for success, with only two of last year’s five preseason No. 1 teams going on to win the state title, Orem and Morgan.

The 2020 season will be the second year the UHSAA uses an RPI system to seed teams for the state playoffs. A year ago, Corner Canyon and Beaver were the only No. 1 RPI seeds that ended up claiming state titles.

In 6A, Corner Canyon received 15 of 18 first-place votes a year after a perfect 14-0 season. The Chargers have some big holes to fill on the defensive side of the ball, but there’s plenty of depth for coach Eric Kjar to pick from.

Offensively, the Chargers return eight starters, and technically nine when you consider that new quarterback Jaxson Dart was a starter at Roy last season.

Bingham checks in at No. 2 in the preseason rankings as Dave Peck returns as head coach after a five-year hiatus. This is the first time since 2009 that Bingham won’t begin the year as the coaches preseason No. 1. It won the 2009 state title anyway.

“Last year’s team was very young, but talented. We have a lot of experience coming back, especially on offense. We have a new head coach, new offensive and defensive coordinators so it might take a little time to gel together as a team,” said Peck.

In 5A, Orem returns six starters on both sides of the ball as it looks to join an elite group of programs that have won four consecutive state championships. Only six programs in state history have won four or more state titles, most recently with Duchesne winning four straight from 2010 to 2013.

Timpview, Olympus, Lehi and Brighton round out the top five in 5A.

Timpview, Olympus and Brighton all lost to Orem in last year’s playoffs, with Timpview losing in the final. The T-Birds return six defensive starters and may ultimately emerge as the favorite.

“We love the kids we have coming back this year,” said Sky View coach Chris Howell. “Our kids did a great job staying in shape during the extended moratorium. They are hungry and ready to get going. We have a number of kids that played key roles in our championship run last year and they are really excited for the chance to defend that title. There are some great teams in our classification. We know how tough it will be to compete with those teams.”

Dixie, Pine View, Park City and Snow Canyon round out the top five in 4A.

Dixie returns most of its defensive starters from last season, but Snow Canyon may ultimately emerge as the top team in Region 9 as it returns eight starters on both sides of the ball.

Snow Canyon coach Mike Esplin said everyone is just anxious to get back on the field.

“With how bizarre the end to spring has been for Utah high schools, we are most excited to give our Snow Canyon student-athletes a chance to play high school football games,” said Esplin.

In 3A, first-year head coach Jared Barlow only has a handful of returning starters to work with as Morgan looks to defend their title. What his team does have is plenty of depth to fill out his squad.

“While we don’t have a lot of starting varsity experience, we have a solid group of kids that saw a lot of varsity action last year. We will need to solidify a few things as we go into fall camp, but we are excited about the leadership we have seen so far out of our seniors in encouraging the underclassmen and pushing each other to be successful,” said Barlow.

Rounding out the top five in 3A are Juab, Juan Diego, Grantsville and Summit Academy.

“Our incoming senior class is very strong and we should have over 20 seniors. A good handful of them have started since they were sophomores and were a very important part of our championship team from last year,” said Beaver coach Jonathan Marshall. “We are looking to have a lot of depth again this year and plan on using a lot of players. It’s a luxury most 2A schools don’t have most years.”

Duchesne, Millard, Milford and Parowan round out the 2A top five.

Each year, the Deseret News asks every football coach in the state to vote for the top five teams in their classification. The votes are tallied, and five points are assigned for a first-place vote, four for a second-place vote, etc. Coaches aren’t allowed to vote for their own team. The following are the results from the coaches who elected to participate (first-place votes indicated in parenthesis):