by admin May 3, 2020
Week 18 ... another week done and dusted. We're still in confinement, back to (home) school after the Easter holidays and well, if I'm honest, getting a bit fed up of it all. But that doesn't mean to say that I'm overjoyed with the idea of going back to school/work in a few weeks. Yep, the French government has decided that people need to go back to work, which means the kids need to go back to school. In theory, Pierre will go back to school in one week's time, which seems too soon. We're still in the red zone so, hopefully, we won't have to go back. I could keep him at home, but in theory, I will have to go back to my secondary school the week after, so I won't be around to help him with his school work. We'll see what happens. I hear a lot of people moaning about being in confinement, but are you really ready to go back to normal life just yet ? 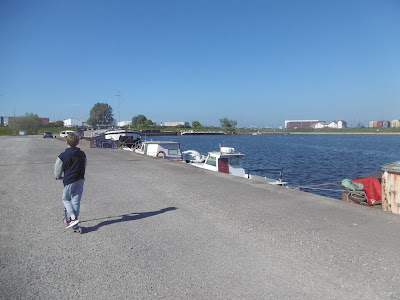 Sunday 26th April - As it was a lovely day, I went for a walk with Pierre. He took his scooter and we went for a wander around the docks where the big industrial barges are kept. There weren't too many people out and about but we had to change direction a few times to avoid them, which we made into a game. Down the end of this path (on the horizon, in this photo) is a sewage plant and it was pretty smelly going past there. Think yourself lucky that the photos are pong-free ! 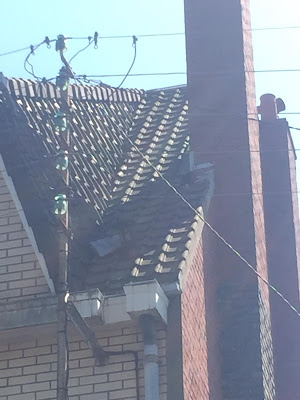 Monday - I couldn't get a good photo as the sun was in totally the wrong place but today was the day the roofers came and mended our roof. If you look at the diagonal cable in about the middle, there is a white L-shape where the roof meets the chimney stack. Well, if you look closely, there is a hole right there, about the size of two tiles. If you work your way down the roof, just before you get to the gutter, you can see the tiles/flashing that have slipped down. From Tuesday until Friday, it was pouring hard (for the first time in weeks) so I am so glad they came today ! 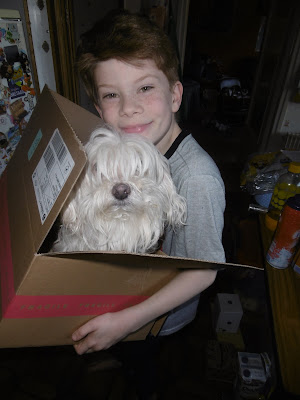 Tuesday - Just a normal day of doing Pierre's schoolwork in the morning, then dealing with mine in the afternoon. He spent some time playing Fortnight with his friends and decided to carry Didou around in a big cardboard box, as you do. I have to say, the dog appeared to be enjoying it as much as he was ! 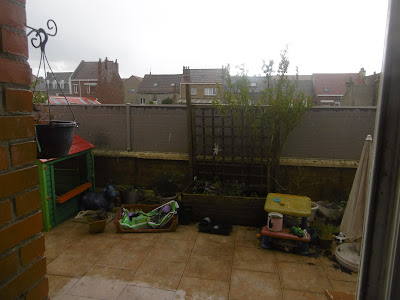 Wednesday - It's been warm and sunny most of the time lately, especially during the holidays, so it was a big change this week. We had solid days of rain and even lots of hail. I hope the plants survive ! 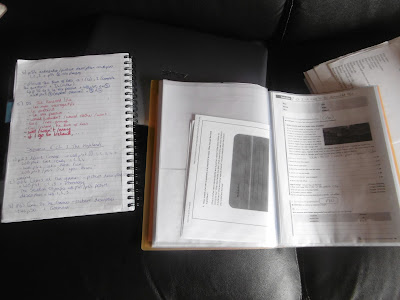 Thursday - Another day of work. Adding lots of lessons for each class and, as we're at the end of a chapter, uploading lots of tests too. That'll mean lots of extra marking for me to deal with - boo ! 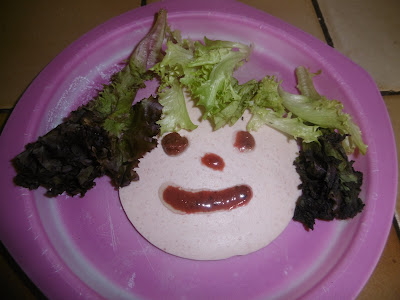 Friday - Today was a bank holiday so I had a day off work - woohoo ! I did a review of Tigg's Perfect Match Dressings and we had a bit of a play, making foodie faces to illustrate the review !

Saturday - France is debating bringing confinement to an end, sending the kids back to school the week after next for some levels, including Pierre's. Then, in theory, I will go back to school the week after. It's all a bit scary as nobody really knows what is going on, nor what the risks are, nor what they are putting in place to protect us all. We'll see, I guess ! They've also announced that we'll be allowed to travel 100km, so here is where we would be allowed to go. You're not allowed to cross borders, so you have to chop off Belgium, on the right, and the UK, in the top left. I was only intrigued to see whether Hastings is in my 100km. We could (hypothetically, if there were no borders) get to Lydd, which is only about 15 miles from home. So near and yet so far !
You are invited to the Inlinkz link party!
Click here to enter
Back to Feed
Use left/right arrows to navigate the slideshow or swipe left/right if using a mobile device