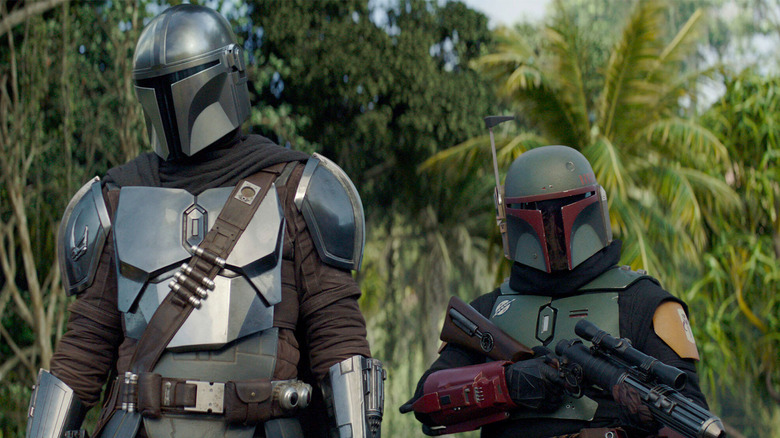 In this edition of Star Wars Bits:

StarWars.com recently announced "Star Wars Galaxy of Creatures," an all-new series of animated shorts, with the first two episodes available now on the Star Wars Kids YouTube channel and StarWarsKids.com. The series follows the adventurous and inquisitive droid SF-R3 ("Aree"), a member of the Galactic Society of Creature Enthusiasts, as he travels the galaxy and studies creatures big and small.

Watch the trailer above, and the first episodes on porgs and banthas now! "Star Wars Galaxy of Creatures" will have a 12-episode run, with two new episodes released every Thursday. 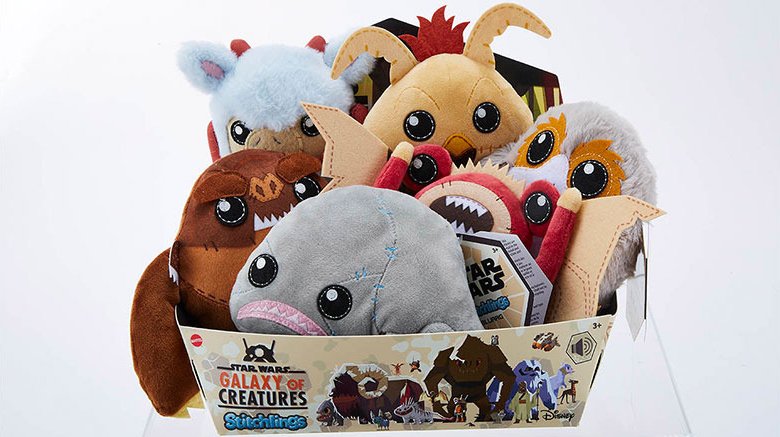 Also, Mattel Plush is bringing the wildlife of "Star Wars Galaxy of Creatures" to fans with a line of Stitchlings™ plush toys "with artistically designed details, a mixture of soft materials, and sounds when squeezed." This assortment, featuring banthas, blurggs, Kowakian monkey-lizards, mynocks, porgs, rancors, and tauntauns, is currently available for pre-order only at Target.

Kumail Nanjiani Talks About His Role In Obi-Wan Kenobi 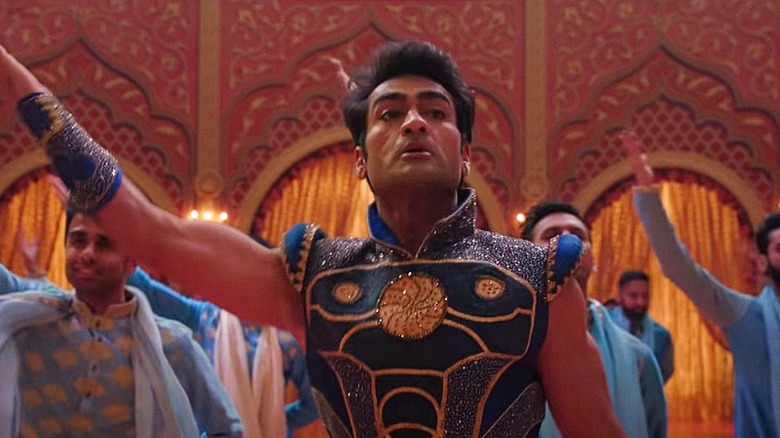 "Obi-Wan Kenobi" wrapped filming last month and, as post-production continues on the special event series, the show's cast has started to talk about their time on set. Kumail Nanjiani (of "Silicon Valley" and "The Big Sick"), who also stars in the upcoming Marvel film "Eternals," recently spoke with Rolling Stone about how he landed a "substantial" role in the upcoming Disney+ series.

"My agents called me and it was the whole group of them that never call you. And I was like, "OK, this is either amazing news or really awful news." And they're like, "They want you to play a part in Obi-Wan, and apparently it's substantial." So then I talked to [director Deborah Chow] and we had a great conversation. And the character sounded awesome — I was so excited about this character. We haven't seen this exact thing in Star Wars yet. This is like a new version of a type of Star Wars character we've seen before. And she was trying to sell me on it. And I was like, "I was gonna do it before the conversation!"

He also spoke about his experience with Industrial Light & Magic's StageCraft technology and what it's like to shoot inside the Volume:

"You really feel like you're there. The first scene we shot, it was Star Wars outside the windows, with aliens walking around and ships flying by and all this stuff, but the rest of it just looked like a warehouse. So I did a couple of takes and then Ewan was like, "You know, none of this is real." I knew the windows weren't real, but the walls weren't either! I looked and I was like, "Wow, the walls are projected." The only thing that was real in the whole room was the desk I was sitting at. It was wild. It was really, really exciting. I love shooting like that, because you don't have to pretend that you're on a spaceship flying through space. It really feels like you're in a spaceship flying through space. And it's amazing to be inside the world of Star Wars, the world that I've been watching since I was born. I've been a fan as long as I can remember. In fact, I just went to Disneyland, and I went to the Star Wars world, and I was like, "Oh, this kinda feels like being at work."

Visit Rolling Stone to read the rest of the interview. "Obi-Wan Kenobi" doesn't have an official release date, but rumors suggest we'll see the show debut on Disney+ sometime in spring, 2022. Here's the synopsis:

"Ewan McGregor returns in the iconic role of Jedi Master Obi-Wan Kenobi for a special event series on Disney+. Officially titled "Obi-Wan Kenobi," the series begins 10 years after the dramatic events of "Star Wars: Revenge of the Sith" where he faced his greatest defeat, the downfall and corruption of his best friend and Jedi apprentice, Anakin Skywalker turned evil Sith Lord Darth Vader. The series is directed by Deborah Chow, who helmed memorable episodes of "The Mandalorian," Season 1, and features the return of Hayden Christensen as Darth Vader." 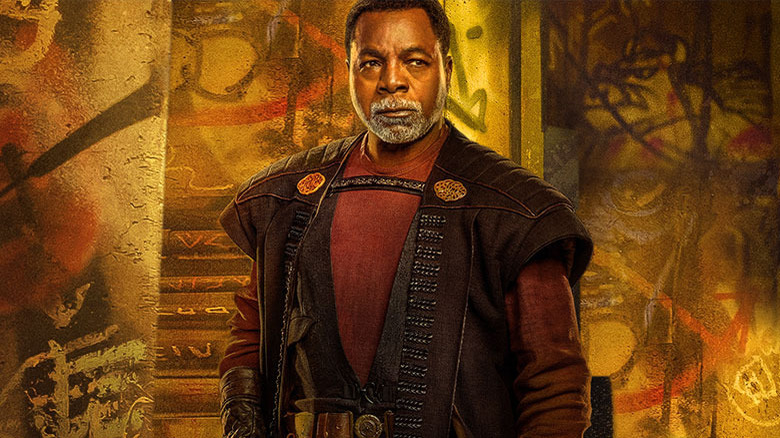 Carl Weathers (of "The Predator" and "Rocky" movies) recently confirmed on Twitter that he has begun filming his return as Greef Karga for "The Mandalorian" season 3. Weathers, who also directed season 2's "Chapter 12: The Siege," will be directing an episode of season 3 as well. 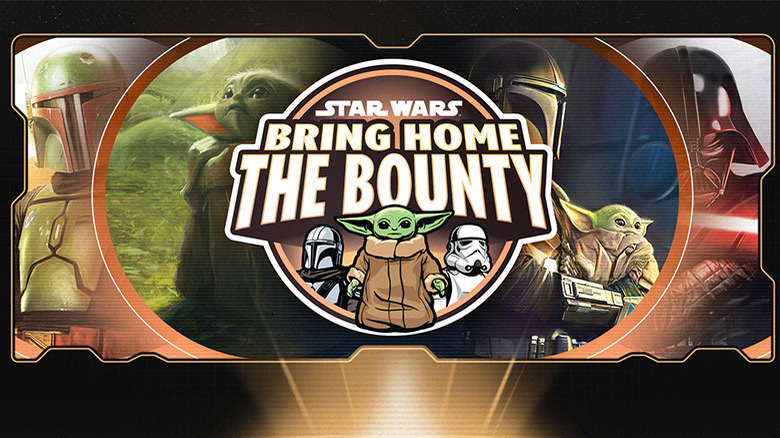 Disney and Lucasfilm recently launched "Bring Home the Bounty," a global consumer products, games, and publishing campaign that will debut new "Star Wars" toys, collectibles, books, apparel, and more. Every Tuesday from now through December 28, you can expect reveals of new items inspired by "The Book of Boba Fett" and "The Mandalorian" to the Skywalker saga and animated series like "Star Wars: The Bad Batch" and "Star Wars: Visions."

Check out StarWars.com for a preview of some of the cool "Star Wars" items coming our way. My personal favorite are the new retro-style action figures from season 2 of "The Mandalorian" by Hasbro, which I just pre-ordered at Entertainment Earth:

Also, it's worth noting that one of the upcoming announcements points to a video game-related reveal scheduled for December 14, although it's unclear if it will be a brand-new title or an update on a previously announced title like "Star Wars: Hunters" or the "Star Wars: Knights of the Old Republic" remake. For more details, visit BringHomeTheBounty.com. 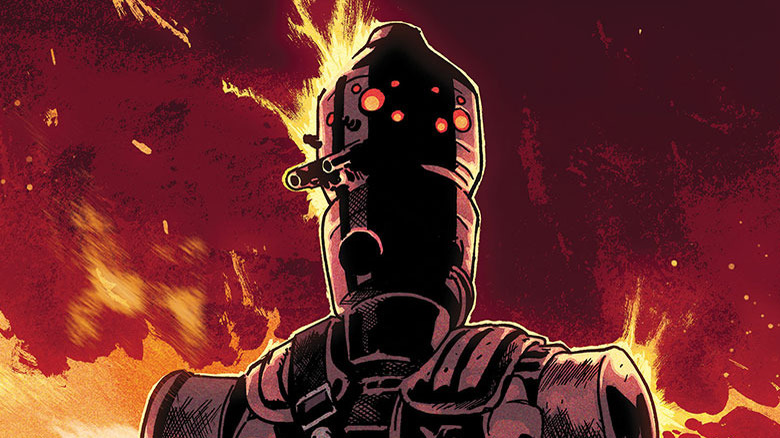 Marvel's "War of the Bounty Hunters" crossover event continues with "IG-88" #1 from writer Rodney Barnes and artist Guiu Vilanova, with a cover by Mahmud A. Asrar. In StarWars.com's exclusive preview of the upcoming issue, a mysterious stranger recommissions the assassin droid after its defeat at the hands of Darth Vader. The one-shot hits stores on October 27 and is available for pre-order now on Comixology, along with Greg Pak's "Darth Vader" #17. 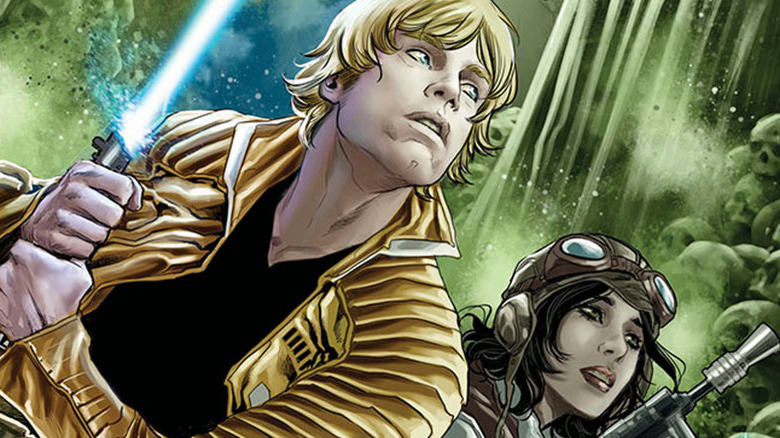 Speaking of comics, StarWars.com has an excellent list of 13 spooky "Star Wars" stories to read this Halloween season! My personal favorite is Marvel's "The Screaming Citadel," a five-issue crossover story written by Jason Aaron and Kieron Gillen. Here's the synopsis:

"Doctor Aphra, the rogue archaeologist, gets Luke Skywalker to join her on a mission to the Screaming Citadel for a Jedi artifact, but soon run afoul of the Citadel's queen with hypnotic powers. With Han and Leia coming to hunt down Aphra, the heroes and antiheroes have to band together against the queen and her minions. Can the two sides trust each other enough to save Luke from becoming the hive's "king?" Is the being inside the Jedi artifact really an ally or another foe? Murderbots and symbiotes for everybody!"

The entire story is collected in "The Screaming Citadel" trade paperback, and is also available on Comixology. 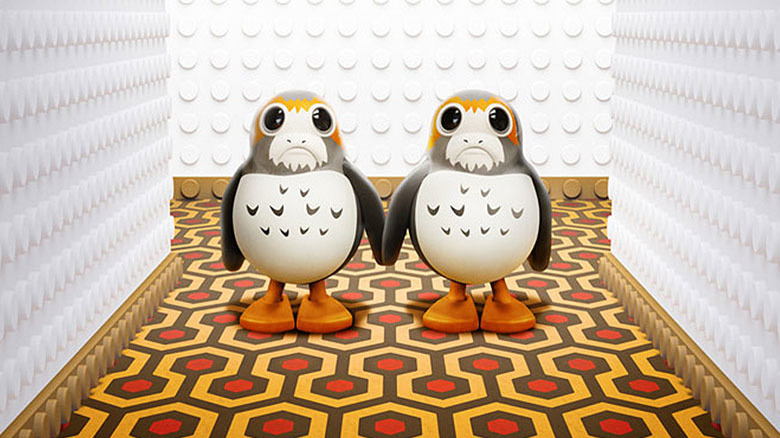 Throughout this year's spooky season, Disney+ is celebrating "LEGO Star Wars Terrifying Tales," the Halloween-themed "Star Wars" special that debuted on October 1, with a series of posters that pay homage to horror classics of the past. The collection began with a wink and a nod to Stanley Kubrick's "The Shining," with a pair of porgs standing in for the Grady Twins. Now, the celebration continues with a tribute to Ridley Scott's "Alien," featuring the Death Star in place of the iconic facehugger egg. 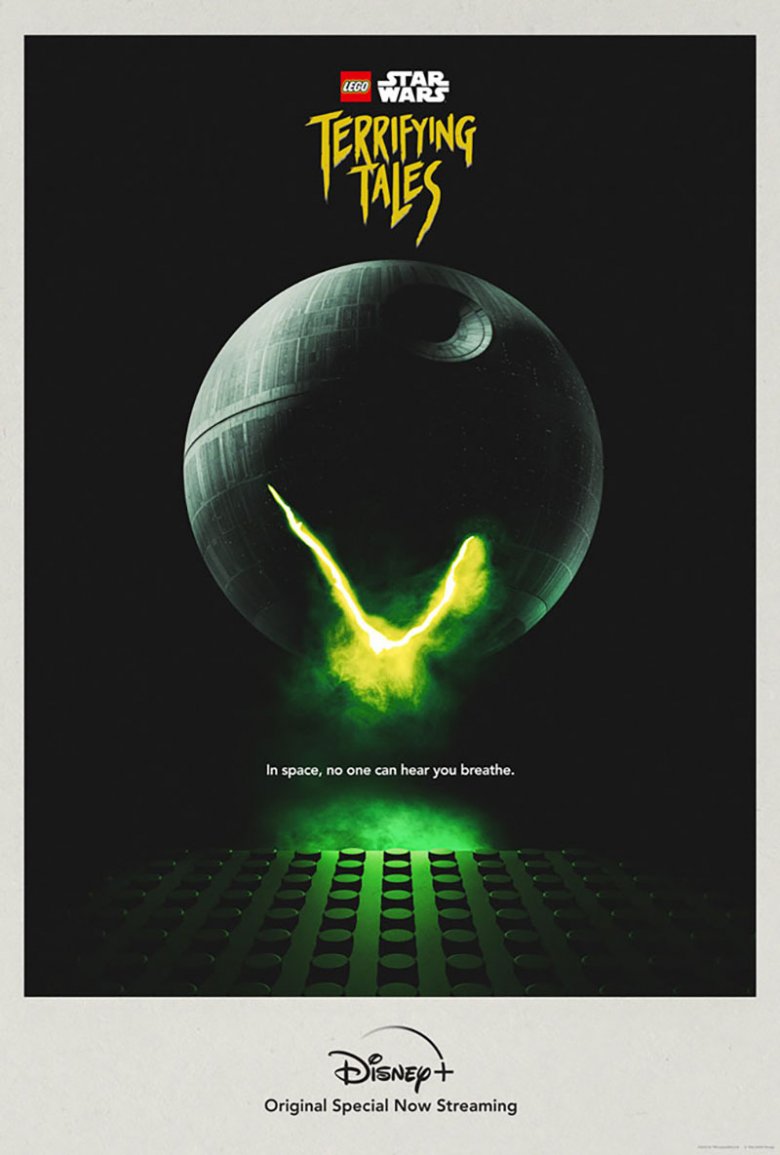 Check out StarWars.com every week to see the rest of the posters as they're released!

Actor, filmmaker, and impressionist Jamie Costa is making the news for his fantastic, spot-on impression of the late Robin Williams, but did you know he's also portrayed Han Solo and Obi-Wan Kenobi in a pair of pretty impressive "Star Wars" fan films?

Directed by Keith Allen, 2016's "Han Solo: A Smuggler's Trade" stars Costa as Han Solo, Cory Daniel as Chewbacca, and also features Doug Jones (of "Hellboy," "Pan's Labyrinth," and "The Shape of Water") and Kristine Gerolaga. Watch the 14-minute short above, and then check out Jason Satterlund's 2019 fan film "Kenobi: A Star Wars Story," which features Costa as Kenobi and James Arnold Taylor (who provides the voice for Obi-Wan on "Star Wars: The Clone Wars") as Captain Leegus.

This Week! In Star Wars

And finally, on "This Week! in Star Wars," host Kristin Baver gives us the lowdown on all the latest news from that galaxy far, far away!

"This week in Star Wars, we get ready to meet different creatures from around the galaxy in Star Wars Galaxy of Creatures, check out the latest batch of products for Bring Home the Bounty, and get into the Halloween spirit with some Star Wars: Terrifying Tales posters. Plus, we sit down with Masi Oka to chat about Star Wars: Visions on Disney+."

Read this next: The 12 Best Boba Fett Moments In Star Wars Shows And Movies

The post Star Wars Bits: Galaxy of Creatures, Obi-Wan Kenobi, The Mandalorian, War of the Bounty Hunters, and More! appeared first on /Film.