Talking Half Truth with Richard Garfield 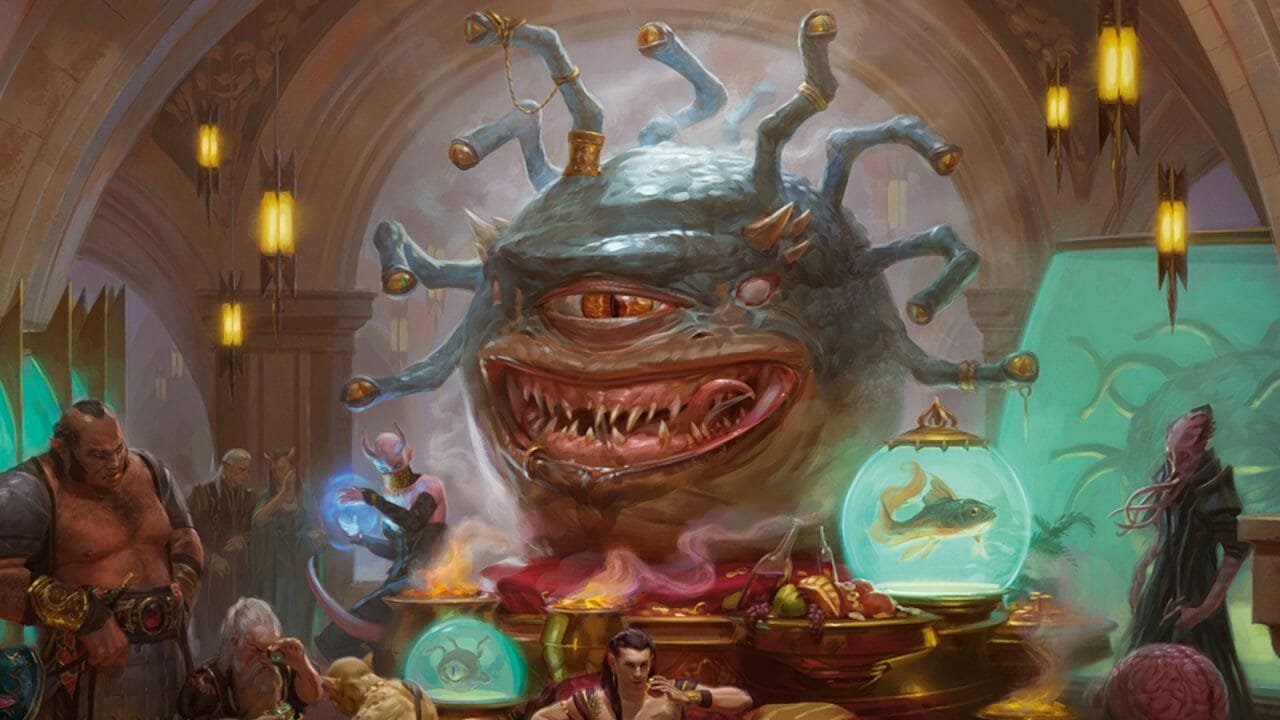 Richard Garfield is known all over the world for the iconic game Magic the Gathering. Debuting in 1993, the game known as one of the first collectable card games, has gone on to be one of the biggest in the genre and has sparked countless expansions—even copycats jumping off from the concept. Designed to be customisable to fit each player, similar to building a D&D character, the game cemented his legacy in the pantheon of gaming.

But this mathematician turned game designer was not done there, and has worked on many other games, including Star Wars Trading Card Game, The Great Dalmuti, Ghooost! Artifact for Valve, and recently, a quiz party game, Half Truth.

Half Truth is a simple concept, where players will be asked questions with a series of answers already presented, three of the six will be true, the rest will be false, and you earn points for selecting the right ones. Garfield and 74-time Jeopardy winner Ken Jennings worked on the game together, and the end result is something easy, and fun to play for everyone, even the kids.

With the game now on store shelves, CGMagazine took the time to talk to Richard Garfield, to discuss Half Truth, his career and what brought him to design something so different from the collectable card games he is known for.

Richard Garfield: Well, I’m really interested in all games. I try to study it all and learn what makes it all tick. About 10 years ago, I read this book Brainiac by Ken Jennings. He really sold me on being a lover of trivia—it was infectious. I realized that I had not given a good shake in my game play, in game design, and wanted to make a game which brought out the quality which he saw in trivia.

CGMagazine: What does Half Truth bring to the trivia landscape that hasn’t been done before, what puts this game above the rest?

Richard Garfield: There were two big takeaways I got from his book. One was that trivia at its best is not either “you know it, or you don’t”. A good trivia question puts you in the role of a detective, so that you must use deduction, intuition and maybe even some metagaming against the person who made the trivia question.

So, each trivia question in a well-designed trivia contest is like a little game, and so to bring that out, I made it so that all questions are multiple choice, and there are six answers. Three of them are true and three of them are false. So, you don’t have to worry about remembering anything because it’s right there on the table in front of you. You can use deduction, if you can cross off any of those and some of those answers might tug your memories, and you can be guided somewhat by intuition.

So, the other thing which he made me observe about trivia was that everybody has their own special troves of knowledge in trivia games, or something where everybody gets a chance to show that off. And so, the questions have incredible breadth and, the fact that you can get by on ones that you know very little about, with a 50% chance of getting it right, even guessing cold, makes it so that it’s less intimidating for players. When they guess correctly, they can credit their deductions or intuitions.

CGMagazine: This game was brought to Kickstarter. Why the choice of doing a crowdfunding project, because you do have the clout of your career?

Richard Garfield: Well, I tried to get publishers to take this game for a while. It was designed 10 years ago, and there were a lot of eyes rolling when people heard “trivia”, a lot of turning off. And so, eventually, not too long ago, a few years ago, I pulled it out of the closet, dusted it off and said I wanted to give it another shot. I thought these days, you don’t really have to go through a publisher, so we can go directly to the players. And so that’s what we’ve chosen to do.

CGMagazine: Is this the first game you’ve brought to Kickstarter?

CGMagazine: With this being the first project you have personally brought to Kickstarter, what was that process like and was it much different from going to a publisher?

Richard Garfield: Well, there’s pros and cons. I usually rely on the publisher to making sure the product is widely appealing and honed. When you go to Kickstarter, you have to do that all yourself or, find somebody to do that. That was a little more difficult. But on the other hand, it’s really invigorating to be dealing very early on with a crowd of enthusiastic people who are so excited about the concepts you’re talking about and willing to put money upfront. Seeing what they like about the project helps you guide your development and thinking about the game.

CGMagazine: This game well exceeded its expectations. You had a funding goal of $10,000, and you made over $300,000. How did that feel to reach that goal and does it kind of reinvigorate you on the project?

Richard Garfield: I was very pleased that we raised what we did. And I would say it reinvigorated me because I was pretty invigorated to begin with, but it was nice to see that resonate with so many people.

CGMagazine:  Now that the Kickstarter is done, the game is out, what do you want people to take away from this game? And how do you tell people that might know you from other things you’ve worked on, that this is worth picking up?

Richard Garfield: Well, I will say that if they’re usually intimidated by trivia, and that they worry that it makes them look stupid, or they can’t compete, there’s a good chance that this will appeal to them. It really feels different playing this compared to most trivia games.

For example, when I first got in touch with Ken Jennings and incorporated him into the game, I play-tested the game with him, and we played twice and with the five people. He handily won the first game, but the second game he lost. He was kind of surprised because though we had some solid trivia players there, they were not Ken’s. That’s the game, it just distributes the chances of doing well in a more egalitarian fashion. So, the best trivia players will win more often because it’s still a game of skill and again, trivia, but there’s a lot of opportunity to do well even if you know a little less.

CGMagazine: There are so many reasons that tabletop gaming has had an insurgency in the last five to ten years. Do you think you have had something to do with it with Magic the Gathering and other tabletops?

Richard Garfield: I think my contributions have helped shape this, but I don’t think it’s a reason for an insurgence. I see that as being more of a consequence of our society moving to a more intelligence-centric, a little more focused on thinking, than perhaps we were in the past. And so, sports of the mind are a natural place for people to go for entertainment. But maybe even more important is the fact that so much of our social interaction is moderated these days by screens. Having something where people get around the table and play face to face has something special and probably isn’t going anywhere, anytime soon.

CGMagazine:  How do you feel about these games bringing people back together after feeling socially isolated, even if it is just playing over Skype or finding ways to draw people back in even if it’s at a distance?

Richard Garfield: I think games are really a great way for people to interact whether while in isolation with their family or whoever they’re with, or, as you said, over Skype or electronically. There’s a connection that happens with games where you can be playful and experiment with things and really, there’s a sort of connection which isn’t reflected in a lot of other things we do.

CGMagazine: Is there anything you want to add, like what people should expect? What would you suggest for people who might be on the fence about giving this game a try?

Richard Garfield: If they’re tempted, I would look at some questions. I’m sure that they can find some around. But the questions are the game so, if they’re appealing, then I think you’ll enjoy the game. So, to give an example of that, the first time I played was a couple of years after I made the game.

There’s a lot of humour in there too, Ken is very playful and humorous, which you certainly pick up if you read any of his books. And that is something I like to keep front and centre in my games. There are questions like: Which of these are rap stars? And the fake ones are Pokémon, and so that’s sort of, in itself, kind of funny.

CGMagazine: Thank you again for taking time to talk to me.

Richard Garfield: I hope you enjoy it.