by admin May 14, 2020
Before I delve into the last few days, I've been meaning to pass on both a recipe, and something I've learned recently. For my birthday, Fallon gave me a subscription to Cook's Illustrated, and in said magazine they test ingredients, among other things. I was amazed to find that they suggested that when you are baking it is perfectly fine to use imitation vanilla which is good news because vanilla has become so expensive. I made oatmeal cookies to test the theory. 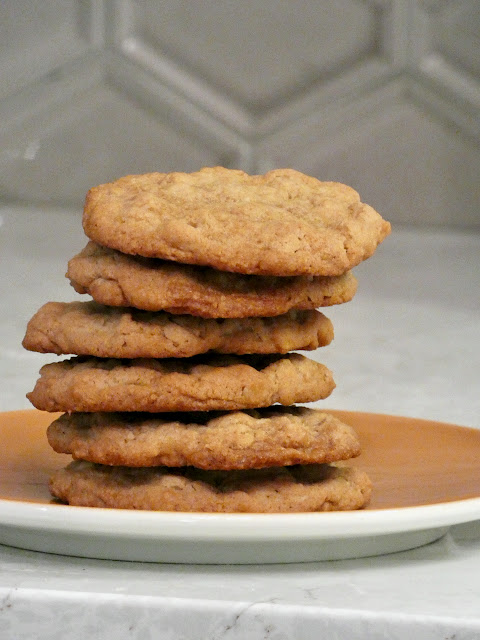 What imitation did they discover to be the best? 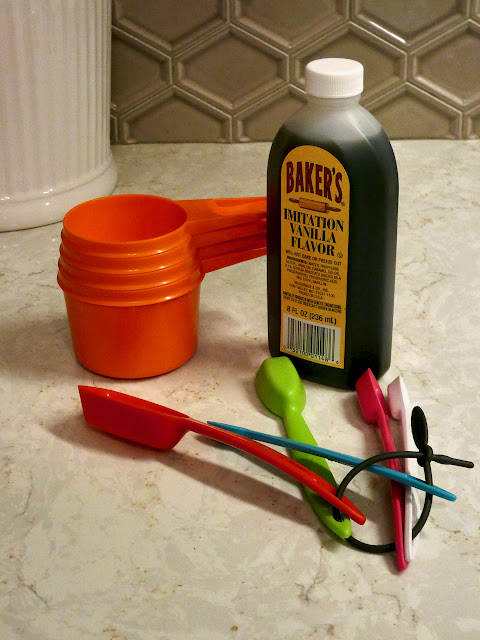 It is crazy cheap friends, and I don't think there was the least difference that we could taste. Good news---I found someone who was happy to have some of our cookies; Connie claims it is the best oatmeal cookie she'd ever eaten. So, here's the recipe, one I copied down from the web when I was in Vancouver from Ricardo, a big name in Canada. 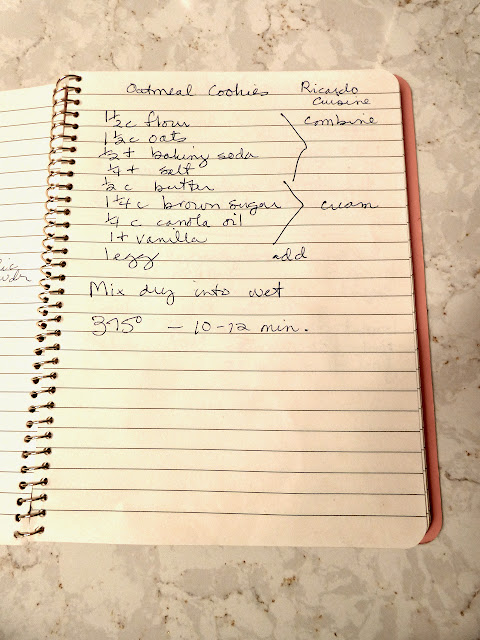 You might give it a try if you are a cookie person like I am! Love them, and Michelle always makes sure she includes cookies when she is lavishing me with gifts as she did on Mother's Day. Holy cow, were those kids good to me. Well, not kids, but in my heart they will always be kids. Fallon surprised me with a "brunch" from Harry and David. A giant cooler arrived with a quiche, English muffins, Canadian bacon, jam, and a mini Poppy seed cake. Arriving on Saturday afternoon, we could not wait for Sunday morning. But, we did. 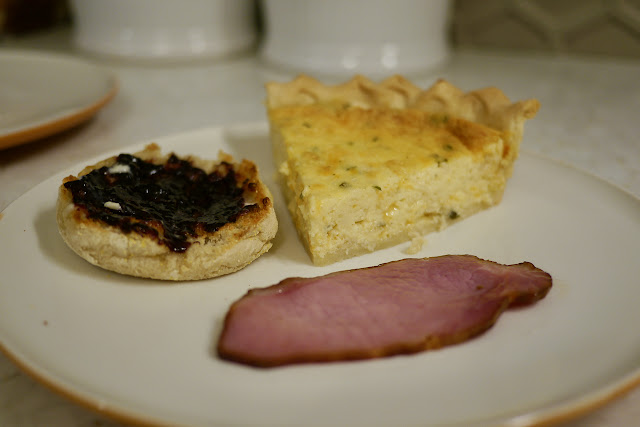 The gifts began with the ring of the doorbell on Friday afternoon when one of the most wonderful floral arrangements was delivered by In Bloom, sent by Matt and Tom. Both of us were dying over how beautiful it was, and mostly still is. The mini roses are spent, but most everything else is still in good shape. 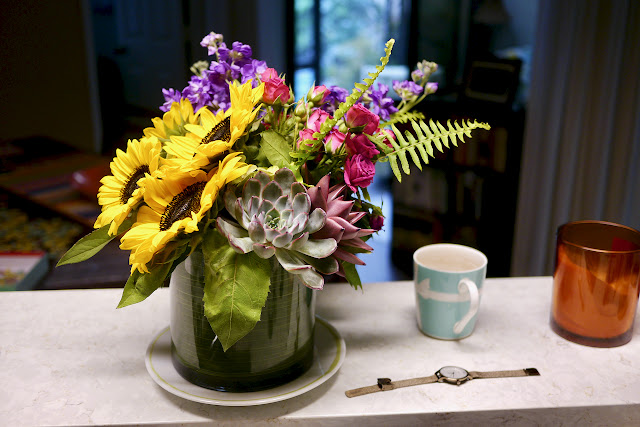 Yesterday I called the florist to say how much we loved it and you can imagine their surprise because I suspect the only calls they get are too complain. I hope I'm wrong about that.

Mr. Peck has been helping out around here because we are down a maintenance man. Of course, he's doing only the jobs he wants to, including retrieving our pressure washer from Bill's house and doing our sidewalk and our neighbor's stairs, 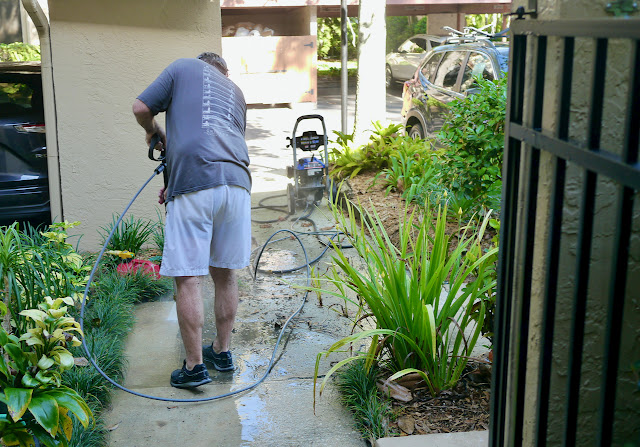 along with the carport structure which attracts plant matter due to the large number of trees on property. 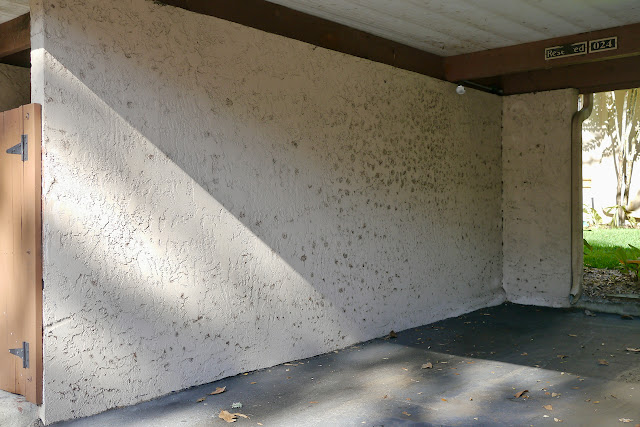 And spider webs, can't forget those as they were numerous. Our neighbors were delighted. However did I get so lucky?

The Mallard ducklings are so big now as to be almost indistinguishable from their Mom. While sitting on the bank they enjoy spreading their wings and isn't the structure so very interesting? 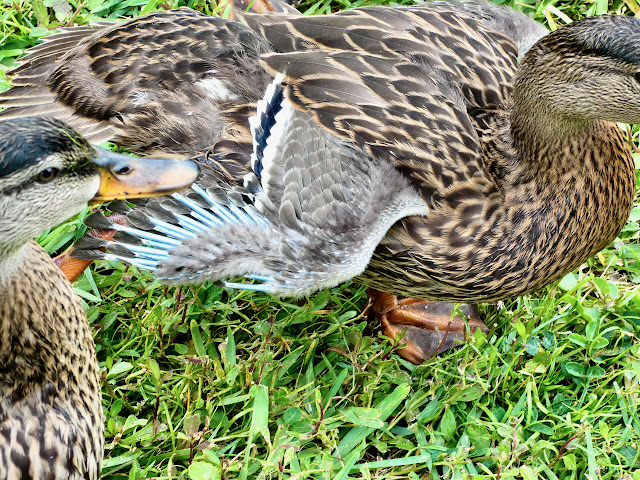 We took a little day trip the other day to ride our bikes on the West Orange Trail, beginning at the end, otherwise known as Killarney Station. The weather, always a factor here, was ideal. In an effort to help the economy, Bruce had a trailer hitch put on the car, all while staying safe, then ordered the new bike rack online from Orange Cycle. They installed it that same day as he kept his distance while wearing a mask. We hated to buy a new one, but the one we had was putting dents into the back of the car, so that was not good. Duh! Of course it was not good. Anyway, this one works like a champ. 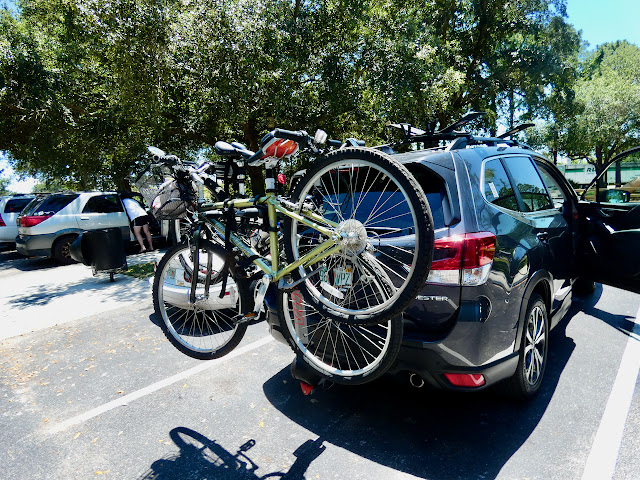 It is such a pleasant ride although I will admit to just a twinge of uneasiness as we crossed over the Turnpike. 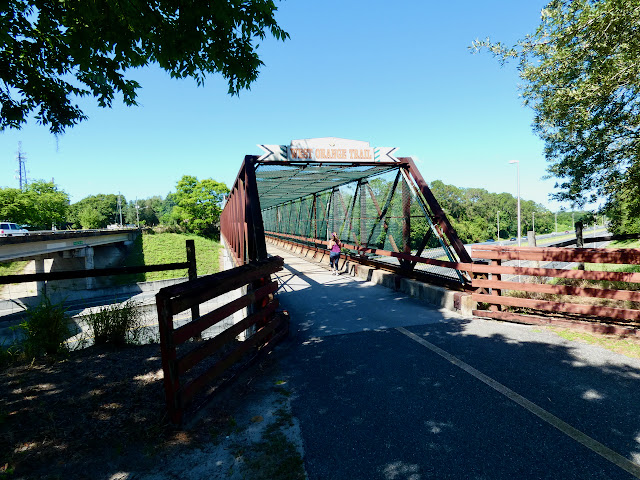 The reason we started at this end was because I wanted to visit a place I'd seen online, the Oakland Nature Preserve.

Indeed, it is all nature, but at one time much of it was citrus groves. Anyway, we parked our bikes and walked on a trail that led to a 3/4 mile long boardwalk. 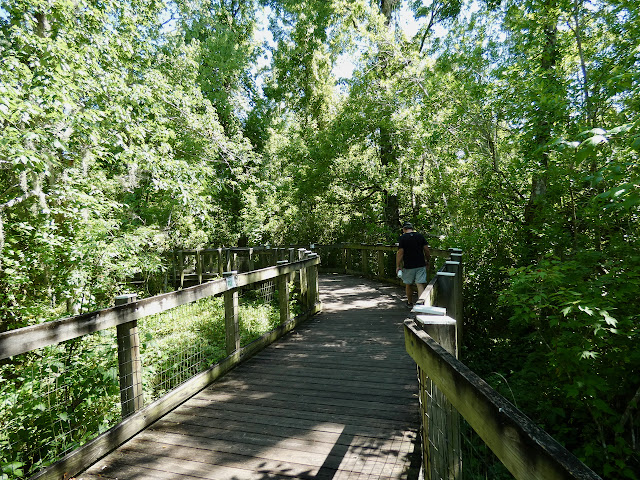 There were only a handful of folks that we saw which was good. I am reading Cross Creek at the moment, never having read it before and seeing so much of this area in the natural state helps to bring the book to life. 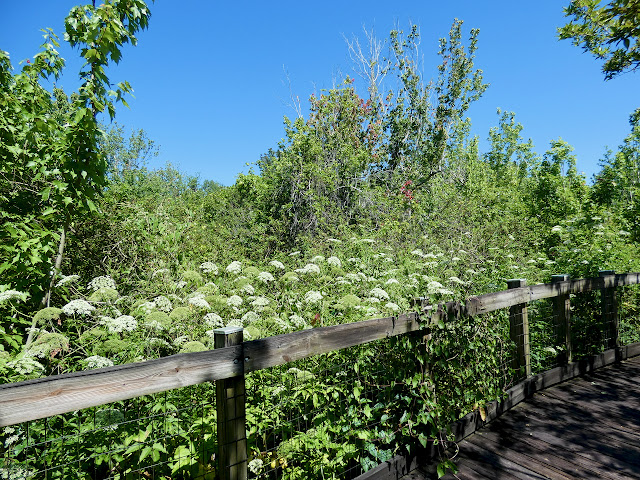 Much of it was over dry land until we got closer to Lake Apopka. Peering down into the water, well, there was a snake swimming along. 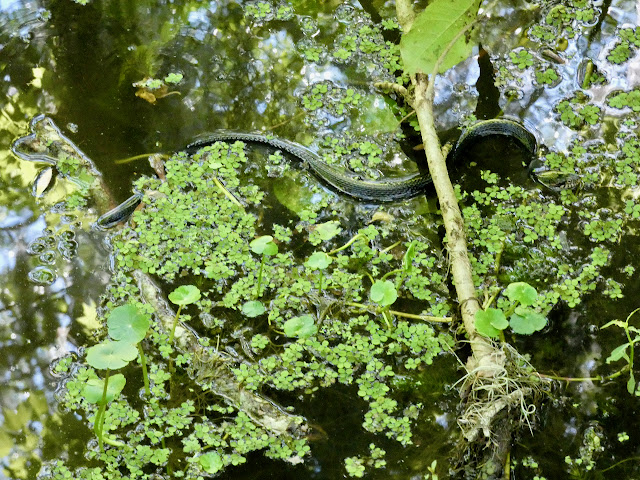 And some baby gators that I forgot to upload that I might share in this space. It was a good stop along the way, one that I can safely recommend as to social distancing.

Another neat thing we saw was this, although I saw only a couple of birds in total during our walk. 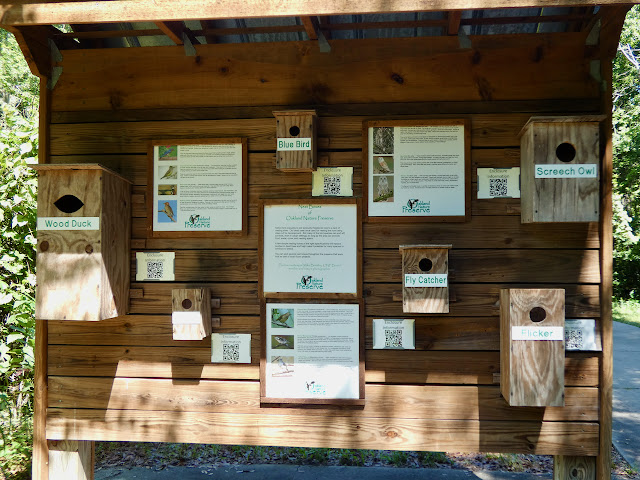 Oh how I wish I'd see a Blue Bird!

Back on the trail, we came across a home that was all decked out in bicycle decorations, including this near their roof line. 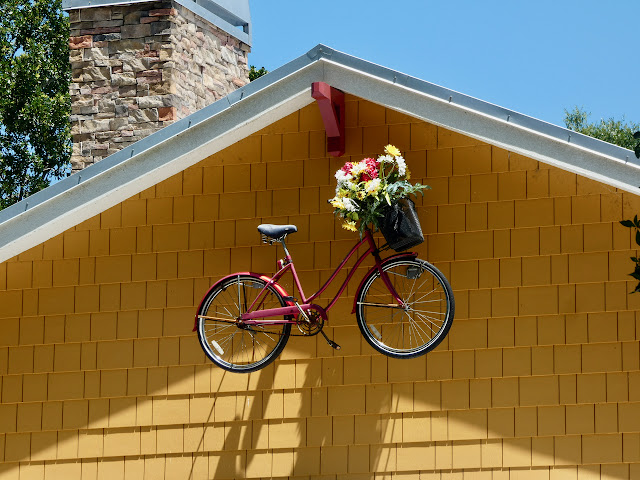 They also had a super cute chicken coop, as did the folks across the trail from them. We rode until we got to a lovely park, part of one of the MANY new developments out that way. The park is lovely with water that looked almost aquamarine from a distance. 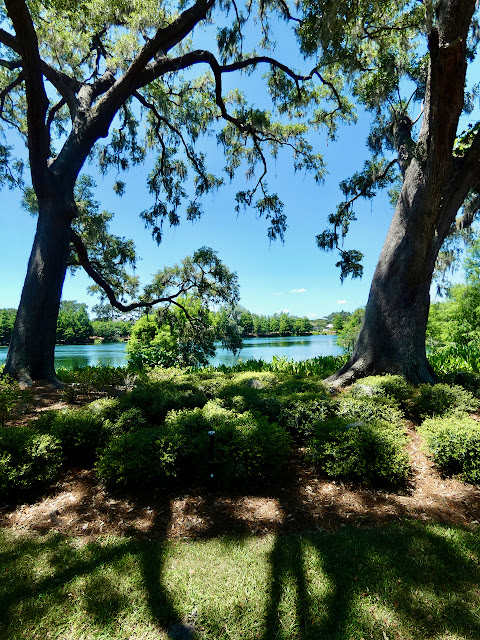 There was a substantial dock as well and I asked Bruce about riding on it to which he was game. Signs were posted about alligators being present, and by golly, as I got to the end of the dock, sure enough, one emerged. 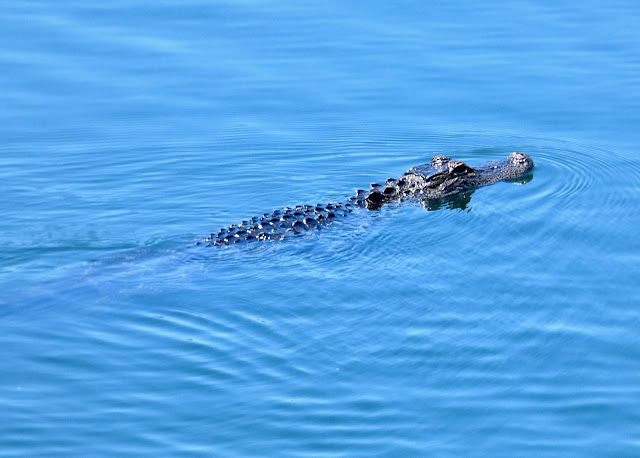 It's always kind of neat seeing a gator, but what really piqued my interest was the sound of baby birds. Most years it is fun to go to Gatorland to see the rookery and the multitude of nesting birds, however, as is the case with most of our routines, that was not to be this year. Instead, by pure chance, we saw about seven nesting Egrets, or Little Blue Herons right alongside that dock. Most were so hidden in the Cypress trees I was not able to photograph them, but it was fun watching. One was in fairly good view and it looks as if they hatched many weeks ago. 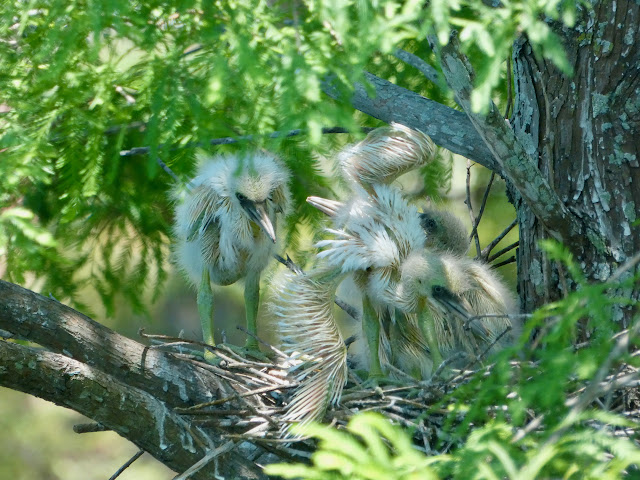 All practically on top of one another, I would be lying if I said they were cute! Speaking of cute birds, the saddest thing happened the other night. Connie came downstairs, while Bruce was reading on the front porch, that there was a dead bird on her porch and would I come see it? She said it was small so I assumed it was a Carolina Wren. Boy, was I wrong. It was one of the cutest birds that I've never seen before, a Northern Parula. We can only assume it flew into her window, however, there was not the slightest damage, so who knows?

The battle for who is right and who is wrong continues concerning the pandemic.

In my mind, there are two words that have gotten overuse during this time---experts and heroes. I wonder if Floridians are more skeptical of experts than folks from other parts of the country because many of us have spent a lifetime listening to "experts" regarding the weather? Hurricanes happen, no one would argue that, but we've been told we are getting hit more times than I can count and more often than not the experts are wrong. Just thinking out loud here.

Who knows really? In one country you are required to wear a mask, another thinks it is not necessary. We wear them when we go into a store but outside we don't. Whether that is the right thing to do or not is yet to be determined.